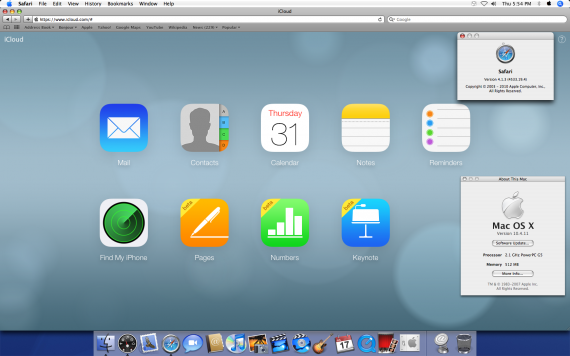 Apple faces a controversy on iCloud security, days before the launch of their newest iPhone model.

After nude photos of stars like Jennifer Lawrence and Kate Upton spread across the internet, fingers are quick to point at Apple's iCloud security for the hacking. The photos exploded on the internet during the weekend, leading concerns to believe that there's a bug in the iCloud system letting hackers to try as many passwords as possible.

One of the hacking victims, actress Kirsten Dunst, took to Twitter to express her thoughts on the issue with the post, "Thank you iCloud."

The company denied that there was a security breach in their online systems, which raises more question on how the photos leaked online. Apple insisted that it was a very targeted attack on the celebrities' passwords, user names and security questions.

Apple defended iCloud and said that there's a limited number of incorrect password that triggers the account lockdown. They further explained that none of the cases they've investigated showed breach in Apple's security, most especially iCloud's.

"When we learned of the theft, we were outraged and immediately mobilized Apple's engineers to discover the source," said Apple. The company works with FBI to track down the culprit in the hacking.

Ashkan Soltani, an independent security researcher who has worked with The Wallstreet Journal before, said that it may still be unclear on what caused the picture-hacking, but Apple could have done more security measures to prevent the hacking of accounts.

Since iCloud's initial service in July, 2013, it now has over 320 million registered accounts. It supports data such as images, music, emails, and others.

Portrayed as the company that prioritizes security compared to competitors, it'll be a big blow to Apple once proved that there's a breach in their system. But investors don't seem to mind as Apple shares rise by 0.8%.