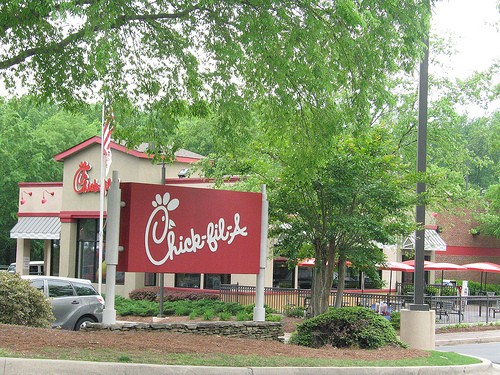 Among the top 50 fast food chains in the US, only seven companies rake in more than $2M per restaurant.

QSR Magazine released the top fast food chains in America for this year and revealed the sales each. Only seven brands entered the $2-million club and they are namely, Chick-fil-A, Krispy Kreme Doughnuts, McDonald's, Panera Bread, Jason's Deli, Chipotle, and Whataburger, ranked respectively.

According to Carol Tice, a Forbes magazine contributor and restaurant reporter, a restaurant chain needs to earn at least $1 million a year to make a profit. To rake in $2 million per store, "you've got to have every element of your restaurant operation working perfectly: great, on-trend food, smart location selection, strong staff, effective marketing."

The chicken restaurant Chick-fil-A earns an average of $2.85 million per store, just a few hundred thousands more than Krispy Kreme Doughnuts's $2.57 million and McDonald's $2.5 million. But it's still a disappointment for the chicken restaurant chain since it's average earning per store in 2012 reached $3.18 million. McDonald's also slipped from their 2012 sales by 1.5 percent.

The bakery-cafe chain Panera Bread, with 1,800 stores across the country, averages $2.47 million per store. Texas-based Jason's Deli is close behind with $2.4 million.

Chipotle Mexican Grill capitalizes on selling burritos and tacos which land them on sixth place with $2.17 million per store. The success of the brand is highly attributed to its witty and often socially-conscious marketing.

They may be part of the burger trend in the food industry, but Whataburger is way ahead of competitors as its average revenue per store is $2.1 million.

Noticeably missing from the list are market giants such as Burger King, Subway and Starbucks.

In terms of total sales, Subway's is second to McDonald's. It averages only $400 thousand in sales per store. Followed in third place is Starbucks and fourth is Wendy's. Burger King rounds up the list in fifth place.