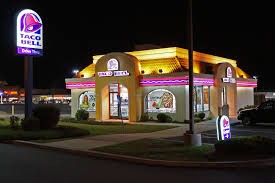 Taco Bell started launching its Biscuit Taco on their A.M menu together with the two new recipe of its famous Crunchwrap.

Amanda Clark, the senior director of marketing manages the Taco Bell's breakfast morning operation commented that, the stores want to break the normality of the morning menu that their customers have tried. They want to add uniqueness to it.

The breakfast sandwiches take part about 70% of their daily sales figures, and it seems like it appears to be just the same everyday, as what Clark added.

The Biscuit Taco is already offered in Atlanta, San Antonio and Texas. And it will then run its taste testing in some areas of Orange County, California.

The new menu has an original flavors of Southern-style breakfast biscuit but with a twist of "taco-ized."

This new Biscuit Taco "shell" is made of fluffy buttermilk biscuit which is wider and thinner than the original biscuits, then shaped like a taco. These biscuits are already baked but heated once it is served.

There are first four variety that go with choices that can be combined with eggs, sausage, bacon or cheese. They are priced reasonably from $1.99 to $3.29.

Consumers can also opt for crispy chicken Biscuit Taco that goes with the original country gravy or try the new jalapeno-honey sauce that the brand said its their game changer.

Clark even suggested that they can bottle it and sell it eventually.

Taco Bell aims to do a local launch in the middle of October of the two new breakfast additions. The Crunchwrap, which is the most-loved in their breakfast menu in all their stores.

This new California Crunchwrap is made of grilled tortilla with eggs, cheese, bacon and hash brown, added with guacamole and pico de gallo. It is priced at $2.79 which is a bit expensive because of the addition of guacamole.

The brand is confident that this new twist in their menu will draw customers more to their stores and get excited to taste the new variety. As for their regular consumers, they will definitely be delighted with the changes and improvement done by Taco Bell.