McDonalds Partners with NFL as their New Strategy 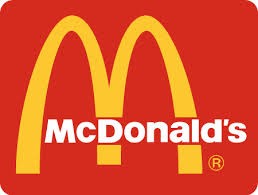 As the 2014 NFL season begins, McDonald's is strengthening its name as the official restaurant sponsor using a digital marketing ad that gives avid football fans.

The McDonald's branch in Oak Brook, Illinois has been the partner of local NFL teams since then. As the second season starts, the brand is using a web-based marketing ad to give fans the chance to show their passion for the sport.

The campaign started last September 2 which McDonald's will set up their 14,000 stores nationwide and launch a commercial on the McDonald's Tailgate Photo contest, announced by one of the officials of McDonald's.

Investing on the mobile users to start the campaign, the food chain is telling all the fans to use Twitter and Instagram and use #McDTailgateSweeps, to post images and Vine videos while enjoying McDonald's products. These entries all go to a raffle for a chance to win "the ultimate McDonald's event of the year." The party will be held in a mobile truck store, filled with McDonald's products that can feed about 200 residents in the winner's place. There are also winners who will get prizes like $100 gift cards redeemable at NFL online shop.

"This partnership yields opportunity for us, since the NFL's fans are also our consumers. The alliance is another great way to reach out to the million football lovers that eat in our stores everyday," said Lewicki.

To let avid fans love the sport more, The Golden Arches will have medium-sized packages that has NFL logos and QR codes on it.

When the fans use their mobile phones and scan the codes on their drink cups, they will be redirected to NFL Now, it is an online video collection that lets the users watch and look into NFL-related video uploads. These includes live footage, historic game highlights, news and game-day clips. The digital codes can also be found on medium fries packs that are directed to a "McDonald's Pick the Play Sweepstakes" link. Fans can watch videos about the sports league in EA SPORTS Madden. Participants can get the chance to win NFL stuff as prizes which include a trip for two to the Super Bowl XLIX held in Arizona.

This program is very important since everyone is into mobile technology now. It creates fast and special connection with the business, sport and customers.