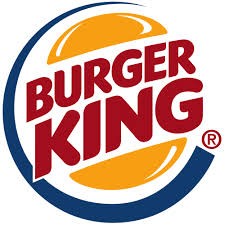 Burger King Worldwide Inc. released its statement that the plan of acquiring Tim Hortons Inc. is already under negotiation. The Canadian coffee-and-doughnut food chain with 4,546 stores in Oakville, Ontario will probably be ran by Burger King soon.

If the agreement will go through, the combined assets will appear to be the world's third biggest fast-service food chain, with about $22 billion in sales and over 18,000 stores in 100 different countries.

As stated in the release, the agreement will appear to be a tax inversion and Burger King, who currently has 13,000 stores will transfer its main offices from Miami to Canada. Canada has lower corporate tax rate which is 15 percent as compared to United States' rate which is 35 percent.

Each company will go on with its operations solely while earning from the combined corporate services.

"The main factor of these talks is the opportunity to be even with Burger King's global position and experience in international development. This will help improve Tim Horton's presence in the global scene," as stated in their press release.

Once the deal is done, Burger King's biggest shareholder, 3G Capital, will oversee the majority of shares in the new organization using a pro forma basis. On the other hand, the remaining shares will be under the present shareholders of Burger King and Tim Hortons.

A collaboration with Burger King will be Tim Horton's second business deal with an American food chain. In the year 1995, Wendy's bought Tim Hortons. Investors later on told Wendy's to spin off the food chain in the year 2006.

Burger King and Tim Hortons expressed their intention to talk about more of the business deal once everything has been put into proper place.