Starbucks Invests $20 Million in Argentina in 2015 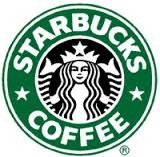 Argentina gets a huge budget on Starbucks' investment plan in 2015. Amounting to $20 million, the firm is serious with its growth target. The Chief Executive Officer of Alsea, the estimated budget for the investment in the country will give a major impact of the brand's suppliers and its employees. Rights to the brands Burger King and Starbucks franchises in Argentina, are all under Alsea.

Fabian Gosselin, the Chief Executive Officer stated that the firm is planning to put up 20 new branches of Starbucks and Burger King by 2015 with a budget of $20 million. The investment plan will also generate about 1,000 job openings. The last Starbucks store that was opened was in Villa Creaspo which totaled 74 coffee shops all over Argentina.

Alsea has been dominating in Latin America, particularly in Argentina. Currently, there are 76 Burger King stores that started in 2006. From then on, a projected $80 million investment was set and majority of the purchases are from local partners.

In the organization expansion perspective, the traditional coffee shops in Buenos Aires are focused on their culture. The local area has been promoting the "cafecito" which came from its roots. Alsea has given the authority to run the franchises of Starbucks and Burger King. About 2,200 franchises are under Alsea in Chile, Argentina, Brazil Columbia and Mexico.

The press release of the investment was done after 3G Capital acquired Tim Horton worth $11.5 billion. 3G Capital is the company that owns Burger King.

This is to minimize the tax payable done by Burger King through transferring its headquarters to a different country wherein the taxes are lower compared to United States. After the announcement of the merger, the value of stocks for both brands, Burger King and Tim Horton went up for days.

3G Capital is a private company based in Brazil which also has operations in Rio de Janeiro and New York. It has also plans of investing on Anheuser-Busch Inbev, a brewery that is also operating in Latin America.