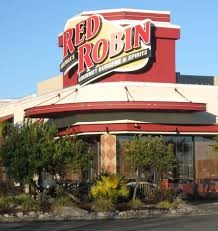 GREENWOOD VILLAGE, Colo.--Red Robin Gourmet Burgers, Inc. will open its latest store in New York State. During its opening day on September 22, it will help the Alex's Lemonade Stand Foundation, a non-profit group of kids with cancer, by donating all its sale from Freckled Lemonade.

Gourmet Burger Authority is known for its taste burgers and free-flowing steak fries with over 100 various toppings that customers can choose from. They can even make their own burger, depending on how they want it to taste like. The crowd-favorite Royal Red Robin Burger that comes with fresh fried egg and Red's Tavern Double will definitely become the most awaited from the menu. Early November of last year, the brand launched the Smoke & Pepper burger which also became a hit to its consumers.

Red Robin has been in the burger business for over four decades now and still the menu continues to improve giving more choices to their avid followers.

Apart from burgers, signature drinks are also their customers' favorite. The Red Robin''s Freckled Lemonade is one of them, and has been in the menu for over 20 years now. That is why during the opening of their latest store in New York State, all sales coming from that drink will be donated to the foundation.

The beneficiary Alex's Lemonade Stand Foundation, was formed by Alexandra "Alex" Scott, a four-year old cancer patient. She started raising money by selling lemonade in their front yard as her way of helping doctors to find cure for kids with cancer.

The brand is also running a loyalty program called Red Robin Royalty. The program rewards the members by giving free burger on their birthday and exclusive dining promos for the entire year.