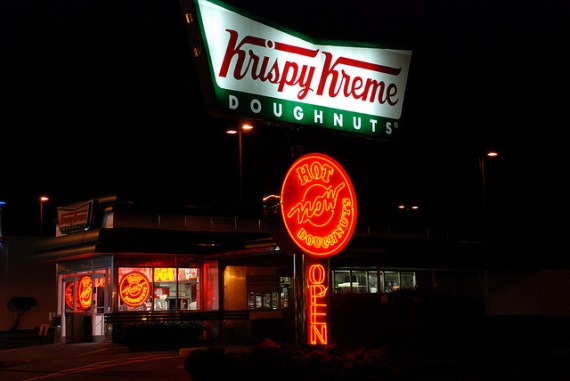 Krispy Kreme released its statement on the latest signed deal with Monument Restaurants VII, LLC, a Virginia-based company, on the expansion plan of 20 Krispy Kreme stores to be opened in Washington DC, Nothern Virginia and Southern Maryland. Even in the neighboring countries, the brand aims to put up stores in a few years time.

In addition to that, Krispy Kreme's Rockville branch has been acquired by Monument Restaurants VII (RM), LLC. But Krispy Kreme still remains to be the owner of the rest of the Washington, DC and Northern Virginia stores.

"We are very much thrilled to work with Monument Restaurants in this expansion program as well as introducing our presence in Washington DC and Southern Maryland area. Tom Horton, together with the Monument group, will give a huge impact in our footprint and operations as they combine their knowledge and resources together," said the vice president in US Franchise Development of Krispy Kreme Ms. Patricia Horton.

"My business partners and I were impressed by how Krispy Kreme has been doing its operation over the years. It has established its name in this industry so well and its followers have been growing its numbers as it gets longer. Apart from that, the quality of products and services that they offer to its consumers has been exceptional. We are very excited to bring this experience to DC and Maryland area," according to the managing partner of Monument Restaurant, Tom Horton.

At present, Krispy Kreme is running more than 260 units all over United States, and 160 of those stores are franchised. The company, as well has more than 590 branches in 20 plus countries other than United States. As for Monument Restaurants VII, LLC, is an established franchise operator of multi-unit businesses. In the past decade, Monument has strengthened its presence, managed and be able to sell more than 90 Five Guys Burger franchises in eight locations. As of the moment, Monument has 11 of the franchised stores. With all these number of stores that are successful operating, the organization has proven its capability to dominate in this industry.