Ferrari CEO Steps Down After Conflict With Fiat Boss 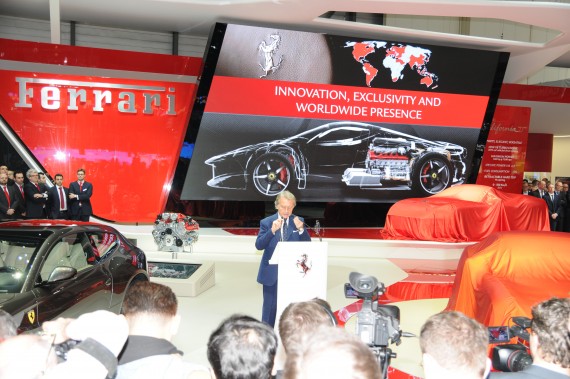 Montezemolo ends his 23-year career with the Italian luxury brand, and Marchionne temporarily takes over his roles as chief executive official of Ferrari. The Associated Press noted that the move happened after Ferrari's Formula One Team's losing season, but many believe that the former CEO left because of the contradicting strategy with Marchionne.

The Fiat group owns 90-percent of Ferrari, and Marchionne plans to expand the lines of luxury cars. With the plan to increase the production of Ferrari cars, the company will compete with Volkswagen's Lamborghini when it comes to growth and sales.

Acting as CEO since 1991 and head of the Formula One team in the '70s, Montezemolo wanted to keep the independent Ferrari brand autonomous and exclusive by producing only 7,000 cars per year. This keeps the demands high but clashed with Marchionne's strategy. The Fiat CEO would rather the Italian carmaker produce more luxury cars and be more lodged in the Fiat-Chrysler brand.

"Ferrari is now American, which represents the end of an era," said Montezemolo in regards to the issue.

Marchionne said that they had discussions regarding the future of Ferrari and the potential of Formula One. Conflicts became even more visible during the weekend which leads to Montezemolo stepping down as CEO. Fiat CEO openly criticized Formula One's performance as "unacceptable."

Formula One flourished under the leadership of Montezolo.  The team won in the 2000 championship after a 21-year drought, and raked in 5 titles after the racer Michael Schumacher. Its last winning season was in 2008.

Fiat acquired 50% of Ferrari in 1969 and in 2008 owned more than 80% of its shares. For decades, Ferrari is noted for its winning Formula One team and has been the symbol speed, luxury and wealth among automobiles.