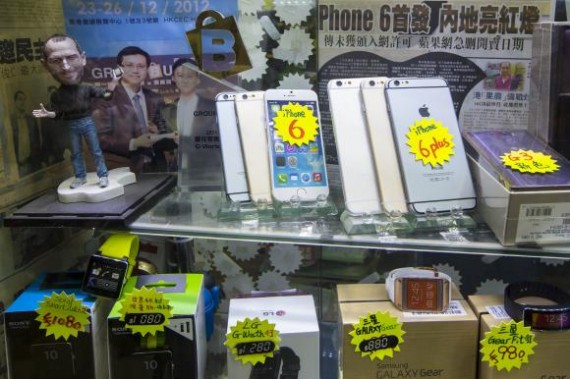 The reported setback in iPhone launching in China has smugglers up on their toes.

The delay in the launching of iPhone creates opportunity to smuggle the device in China.

Pre-orders for Apple's new device, the iPhone 6 and iPhone 6 Plus sold out in a matter of two hours on Apple's Hong Kong web site. China is the world's largest smartphone market, according to Reuters.

The new smartphones will already be available on the market in the U.S., Hong Kong and other markets on Sept. 19, However, China will still have to wait for the devices to be released in the country.

Due to the delay, many of the pre-orders would reportedly be smuggled into mainland China ahead of its official release.

Furthermore, according to the report, these smugglers may be calling the price up for the phones, with the iPhone suspected to be sold as much as four times its original Hong Kong price.

Hong Kong retailers pre-ordered the iPhones to hopefully sell them for a sizable profit to unofficial dealers.

These dealers would then reportedly smuggle the devices across the border into mainland China to resell them or push the demand up the ceiling.

Gary Yiu, a salesperson at and electronics store in I Generation in Sin Tat Plaza in Mong Kok, Hong Kong showed concern regarding the delay of the smartphones in China, and not getting enough handsets to resell as the demand doubled compared to last year.

About 100 electronics dealers in Sin Tat Plaza each bought 150-200 of the iPhone 5S immediately after its official launch in 2013.

Yiu's store offers the handset for 10,000 yuan for those willing to re-sell the latest model, twice its official price of 5,588 yuan. Meanwhile,the asking price for the cheapest iPhone 6 model in Shenzen, located across the border of Hong Kong jumped 20,000 yuan.

The smugglers developed tactics to get the handset from Hong Kong to mainland China, according to the report. They strap the phones around their waists or ankles every time they cross the border. Some even open the packaging and presenting the device as their own if they are ever inspected.