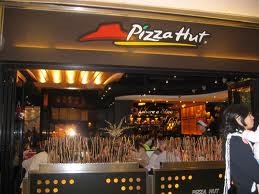 Yum Brands Inc., the mother company of Pizza Hut food chain, will return to South Africa. After being away from the country for more than six years, the brand is not focusing on delivery food packs and aims to expand further in different parts of the globe.

The pilot branch in Africa will be in Johannesburg. The general manager of the organization in Africa has release its statement on the most-awaited opening. There will be six more food chains that are expected to be put up in Gauteng area at the end of this year. The well known pizza parlor will as well run its operations in Angola and Zambia within the first six months of 2015.

"For the brand not be present in Africa is like degrading for a global company. As we begin to see at the Africa pizza industry, it looks like very exciting," commented by one of the company's official.

Global food chains and other retail shops are strengthening their presence in the country, which is the hotspot of the world's fresh and increasing population, as per the report of McKinsey & Co.'s report last 2010. Burger King Worldwide Inc. started its operation in South Africa about last year and it has plans to expand further in other areas. Even McDonald's Corp. is also thinking of expansion in South African markets.

Around 34.8 million South African residents will be eating at fast food chains by the year 2017 and more than 31 million, based on the reports from Consumer Landscape Survey. The declared population of the country is 53 million.

Last time when Pizza Hut was operating in South Africa, the brand was focused on the eating-in concept. However, the new store concept will be more of the takeout and delivery meals. Pizza toppings will include the local favorites such us beef sausage and peri-peri chicken.

The Yum Brands, which also manages KFC the famous chicken chain, will be using big infrastructure to run the 750 KFC branches to expand the Pizza Hut.