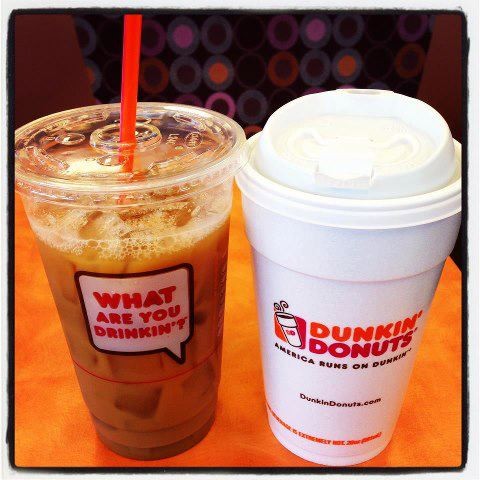 Dunkin' Brands, the parent company of the donut giant, announced that Dunkin' Donuts have started to distribute propylene hot-coffee cups in different locations in New York, Vermont, Massachussetts and California.

The move is part of Dunkin' Donuts commitment to find an alternative to foam cups within two to three years, as stated in its corporate responsibility report back in 2012.

The company has tested out double-walled paper cups in Dunkin' Donuts stores in Massachusetts following a moratorium on polystyrene food containers in the state last year.

Other food chains have stepped into the environment-friendly bandwagon with their packaging.

According to the Murphy, Polypropylene cups are sturdy, does not need a sleeve to keep customers from getting burned, and can be recycled. Although they are reportedly costly than foam, which is relatively cheap to produce.

The company has been studying and putting efforts to help save the environment.

"We've been working on this for five years. It's an interesting problem" Murphy said.

Dunkin' Brands Group Inc., owner of both Baskin-Robbins ice cream shop and Dunkin' Donuts, expects an increase of 2.25 percent in the third quarter U.S. same-store sales for the Dunkin' Donuts.