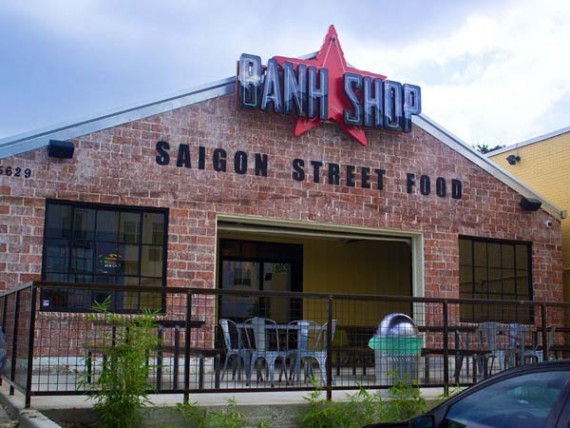 The company released a public apology for not intentional offending a resident of Vietnam containing a red star emblem for the new Banh Shop image and stated that it is talking to the representatives of the community to modify it as soon as possible.

During this wee, the Vietnamese did a petition online that pointed out the emblems relation to communism. The mother company of Kentucky Fried Chicken, Taco Bell and Pizza Hut put up the first two projected Banh Shop stores located in Dallas last September.

"We have already ideas on the issues being brought up by the community of Vietnam and we take action immediately and have done changes on the logo," according to the company's spokesperson who sent the statement via email last Thursday.

The Yum top official, Jonathan Blum, has also stated his apology last Thursday to the person responsible for the petition, Thanh Cung. He is known to be the president of the Vietnamese-American Community of Greater Dallas.

As stated in the email by Blum, "we have the high respect for the community of Vietnam and its culture. It was not our intention to offend someone. However, we admit our mistake and we should have thought that this emblem can be offensive. Thus, and effective today, we have modified the emblem and took out the red star in all our signage and materials present in the store. This will no longer see the light of day tomorrow."

In the petition filed by Cung, the red star emblem was found offensive by the members of their community. Over 120 members have affixed their signatures on the petition on the day that it was filed.

"Although we are love the restaurant, we are offended by the logo that they are using, a red star, which for us symbolizes communism and will definitely offend millions of our refugees in our country. The Vietnamese staying in Dallas are known to be religious refugees who left the country during the rule of North Vietnamese communism in the year 1975. We hope you will be considerate enough to change the logo of your brand."