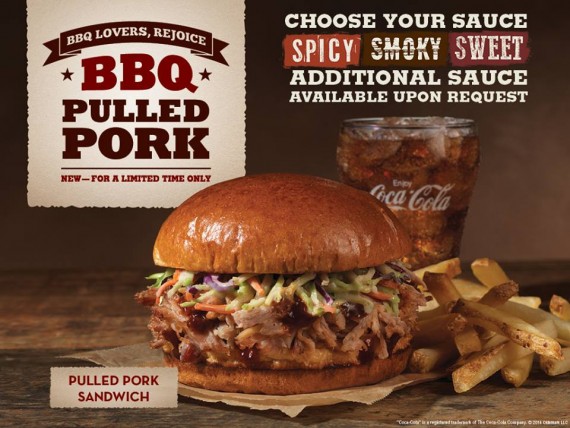 "We're giving customers the BBQ choices and flavors they deserve with the convenience of their local Wendy's," said Brandon Solano, Senior Vice President of Marketing.

Solano said that the company is known for their innovation, and the BBQ Pulled Pork will join the menu that includes square burgers and chocolate Frostys.

Wendy's try to catch the attention of their target market, the millennials. According to Linda Lipsky, a restaurant industry consultant, this target market loves flavor. That's why the BBQ comes in three different flavors: sweet, smoky, or spicy.

Pork isn't commonly offered in fast food chains, due to Americans' taste that favored beef or chicken. McDonald's offers the McRib sandwich on and off over the years, and Subway also has a pulled pork sandwich. Economically, pork is more practical as it costs less than beef.

"In the next three to five years, we expect to see a lot of non-beef protein items. That might mean more pork, and certainly mean more chicken-oriented items being promoted," said Janney's lead restaurant analyst Mark Kalinowski.