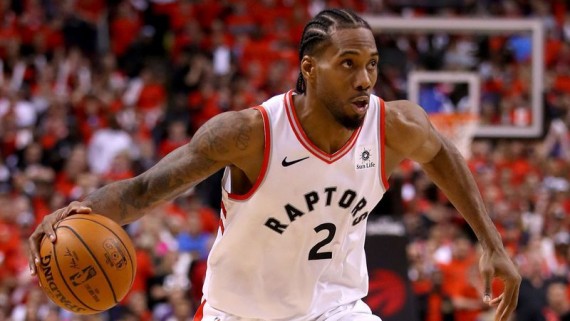 When Kawhi Leonard grew up in Southern California, the Los Angeles Clippers were among the NBA's laughingstocks. From the time Leonard was born in 1991 until he entered the league 20 years later, the Clippers finished above 500 just twice and only won one playoff series, defeating the Denver Nuggets in the first round in 2006.

The Clippers have improved recently, making the postseason seven times in the past eight seasons. But they never advanced past the Western Conference semifinals. And the Lakers remained the city's most popular team even though they haven't made the playoffs since 2013.

The Lakers are still the biggest draw in town, especially after trading last month for center Anthony Davis, a perennial All-Star, to play alongside LeBron James. Still, the Clippers are as close as they've ever been to sharing the spotlight.