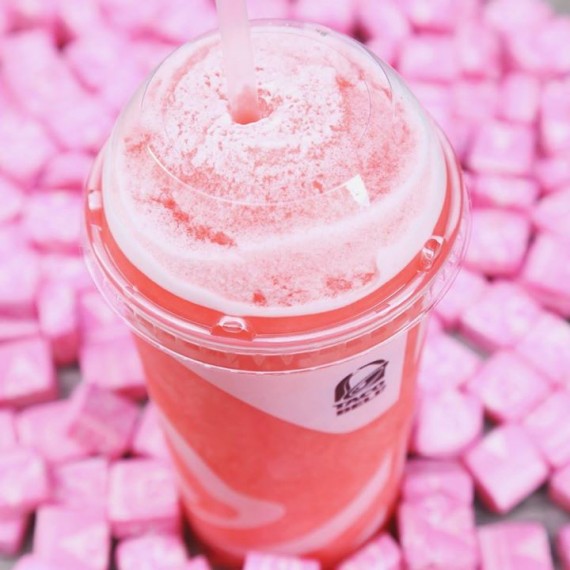 Taco Bell started rolling out Friday their latest menu item the Starburst Freeze. The strawberry slushie is a Starbust-Slurpee hybrid.

The brand posted on Facebook a photo of the slushie with the caption: "The Starburst Freeze is coming tomorrow. It's okay, you can freak out now."

On Twitter, Taco Bell posted an animated photo of Starburst-filled cup as the candies slowly turn into a pink liquid drink. It's enough to promote the new drink as it has reached almost 20,000 retweets and 18,000 likes.

Some customers had already spotted the slushie in several testing locations last month. But it was only on Thursday that they announced it will be part of the nationwide menu.

Starburst is a popular box-shaped, fruit-flavored taffy candies distributed by The Wriggley Company. It started in the UK in 1959 and reached the United States in 1967. Besides the taffies, there are also jelly beans, lollipops, candy canes, gummies, and hard candies. They also release lip gloss in partnership with Lip Smackers.