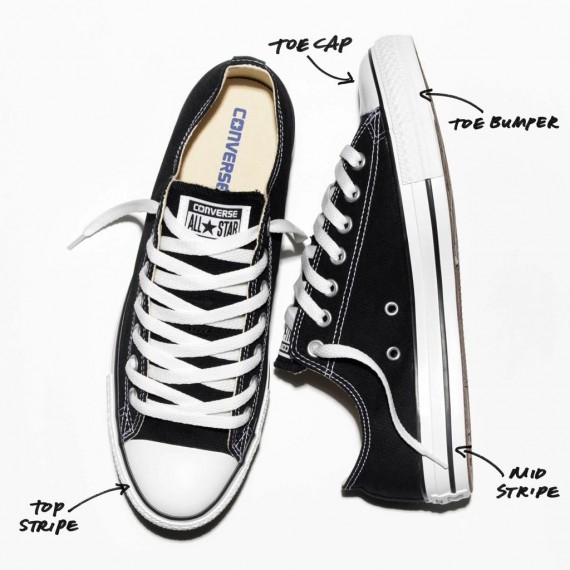 Converse sues 31 companies for infringing the design of their trademark shoes Chuck Taylor All Stars.

The Massachusetts-based company filed a lawsuit against retailers who are selling knock-off versions of their signature sneakers. They filed the case seeking unspecified monetary and punitive damages at the Eastern District of New York and at the International Trade Commission.

Sneakers USA and Ralph Lauren are just two of the retailers who supposedly copied the shoe design and the sole's diamond pattern. Walmart stores, FILA, Tory Burch, Ed Hardy and K-Mart are also included in the list of companies Converse sued.

Converse wants the International Trade Commission to ban the sales and imports of the shoes resembling their sneakers. Jim Calhoun, chief executive of Converse, said that they don't appreciate other firms copying their designs even though they welcome the competition.

For the past six years, the company has sent a total of 180 cease and desist letters to retailers whom they deem copy their design to protect the brand. It has sold almost a billion pairs of Chuck Taylor's.

"In order for Converse to win they would have to show that the ordinary consumer of their goods... would associate the design-oriented features of that shoe with the manufacturer of that shoe," said Wagner.

Chuck Taylor All Stars, with its toe cap, toe bumper and side strip, was first introduced in 1917 in American basketball courts. It rose to fame in the succeeding decades and continues to experience rise in sales. In the last trading, it rose 16% reaching $575 million in sales.

Calhoun said, "For generations, the Chuck Taylor, universally known as the 'Chuck,' has captured the hearts and minds of millions of consumers, selling over a billion pairs globally during the past century."