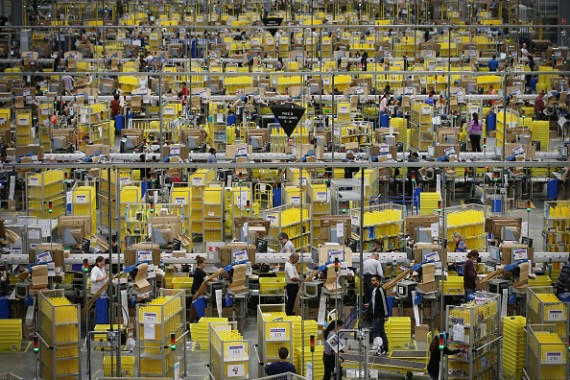 Amazon, despite its significantly high number of successes this year and the years before, is not invincible to problems. A proof of this is the strike that has been called out by a group of employees working for the company's Germany branch, specifically those working for the Amazon Bad Hersfeld fulfillment center.

According to Reuters, the German labor union known as Verdi encouraged workers from the Bad Hersfeld fulfillment center to join the strike that took place last week.

The employees say that orders made by Amazon shoppers for this coming Holiday season has resulted a greater level of pressure and work demand.

As CNET cited, Verdi is a labor union comprised of workers from all across Germany.

So it goes without saying that the strike leaders have expected a huge number of workers to participate in the said event, probably around 450 workers.

The labor union has also stated that it will continue with its encouragement of Amazon employees to go on strike, unless, the online retailer will begin making changes to its policies, particularly those that fall under the employment category.

This is not the first time that Verdi has launched a strike against the e-commerce company. It has been in a battle with its employer for a year now, pointing out the flaws and the problems relating to employee wages.

According to the group, the workers should be considered as retail and mail order employees and not logistic workers, which means that their salaries should be higher than the average wage. In accordance to collective bargaining agreements, Verdi wants Amazon Germany distributor centers to have higher rates; however the company rejected the demand.

There are more than 10,000 people employed by Amazon in Germany, spread out across 9 different warehouses in the country, The Guardian reports.