Back to Chernobyl: Brown Bear Appears in Chernobyl Exclusion Zone 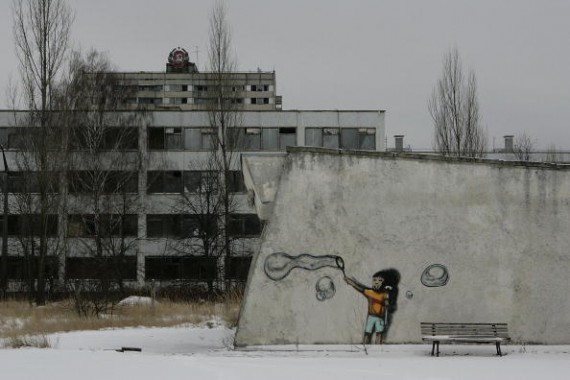 It has been more than a decade since the Chernobyl incident took place. Now, it lies in desolation and has been reduced to ruins. Only authorized individuals with specialized equipment can come in under strict supervision, as the area is still believed to be covered in fatal radiation.

Movies and films have been made about it, with most, if not all of them depicting mutated creatures.

A century later, experts have been able to retrieve photographic proof of a living creature roaming around the radiation-affected Chernobyl Exclusion Zone (CEZ) - a brown bear.

According to the Daily Mail, several camera traps being used by a project, assessing the severity and seriousness of the effects of radioactive exposure to wildlife, were able to take these images.

It is also worthy to note that, while no one has seen these creatures in the area, since the exposure has taken place, signs of brown bears being in the area have been recorded.

The Chernobyl Exclusion Zone was set up right after a Ukraine nuclear power plant exploded back in April of 1986.

In an interview with the BBC, the leader of the project, Mike Wood, who is also from the University of Salford, explained that, "Our Ukrainian colleague, Sergey Gashchak, had several of his camera traps running in one of our central areas over the past few months in order to start to get a feel for what (wildlife) was there."

He also informed the publication that this October, images of what definitely appears to be a brown bear were taken from a camera installed in the area. He further went on to say that, "There have been suggestions that they have existed there previously but, as far as we know, no-one has got photographic evidence of one being present on the Ukrainian side of the exclusion zone."