Qualcomm and Virgin Group Backs OneWeb Venture In Global Satellite-based Internet Access; Plans To Use 648 Tiny Satellites To Deliver Reliable and Low Cost Internet For All 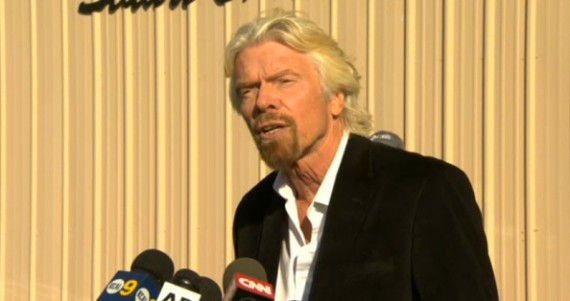 Another innovation is underway as it was announced by Virgin Group and Qualcomm that they are investing to OneWeb's, formerly known as WorldVu Satellites Ltd., multi-billion project of building a satellite constellation that aims to bring internet access around the globe, Engadget reports.

Telecom Entrepreneur Greg Wyler, founder of OneWeb, confirmed the deal between Virgin Group and Qualcomm. In fact, it is said that alongside Greg Wyler, Richard Branson, Virgin founder, and Qualcomm's Executive Chairman Dr. Paul Jacobs will be a part of OneWeb's Board of Directors.

Biilionaire Richard Branson and Virgin Group says that they will bring the world's largest satellite constellation ever. The project which will run by OneWeb will use 648 tiny satellites (which may cost around $2 billion, according to Branson) through LauncherOne, Virgin Galactic's program for satellite launches. This move will bring telephone system and high-speed internet in areas that "lacks internet access," with greater stability and reliability at a much lower cost.

According to Virgin Group, more than 50 percent of the world does not have any internet access as of 2014 and this satellite constellation will bring new opportunities to billions of people that lack access to technology. The company added that this move could significantly improve the figure presented by International Telecommunications Union.

OneWeb did not disclose the term of the investment but according to reports, the estimated cost to launch the service is around $1.5 billion to $2 billion.

Aside from Virgin and Qualcomm, OneWeb is also expecting other investors to welcome aboard though it is not confirmed yet if Elon Musk will be one of them. It can be recalled that in November, The Wall Street Journal reported that Wyler and Musk were working together though currently it is not clear whether Musk's SpaceX, which plans to open an engineering office for the development of their satellites, will venture to OneWeb or will act as its competitor.