Taylor Swift’s New Boyfriend Is Calvin Harris? ‘Blank Space’ Singer Gets Flirty With The Scottish DJ! ‘They Got Into Some Very Romantic Touching’ 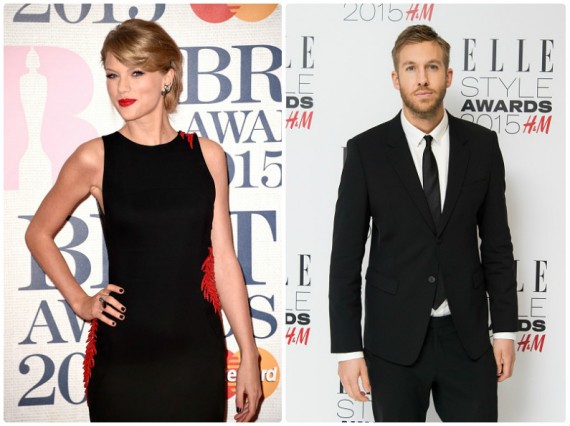 Last time, there were rumors that Taylor Swift's new boyfriend was Tobias Jesso Jr. and now she's allegedly hooking up with Calvin Harris.

The 25-year-old singer has been linked to numerous guys ever since her relationship with Harry Styles ended in Jan. 2013. The most recent ones were with Matt Healy of The 1975 and Hozier.

However, some sources claim that those rumors aren't true and even the British rocker admitted that he isn't dating the American pop star.

"We met each other, we exchanged numbers in the same way that a lot of people in this kind of world do and we spoke occasionally and then she's the biggest pop star in the world," The 1975 frontman explained. "I'm in Australia, there's no relationship or anything happening, it's funny how people really really buy into that."

Since that is clear now, fans are now waiting for Calvin Harris' comment regarding the alleged hook up with Taylor Swift. Radar Online reported that the "Blank Space" singer started getting flirty with the EDM superstar at the BRIT Awards' VIP Party.

"They went from holding hands, to dancing and finally segued into some very romantic touching," an insider revealed to Heat Magazine.

According to their sources, the 31-year-old record producer was seen holding the hand of the "Shake It Off" singer as they left the VIP area to join the party with her BFFs Ellie Goulding and Karlie Kloss.

"The two couldn't keep their eyes off one another. Soon after, Taylor flaunted her sexy moves to "99 Problems" by Jay Z as Calvin's hand drifted from the singer's shoulders to her backside," their insider revealed.

After some steamy PDAs, Taylor Swift and her rumored new boyfriend Calvin Harris went back to the VIP area and stayed there the whole night. Could they be talking about making music together or making out?

"Calvin has always had the hots for Taylor, and this was his perfect opportunity to woo her at the BRIT Awards," a source told HollywoodLife.