Justin Bieber Finally Has A New Girlfriend? Singer Spotted Kissing Ashley Moore! Is He Also Hooking Up With Kendall Jenner? 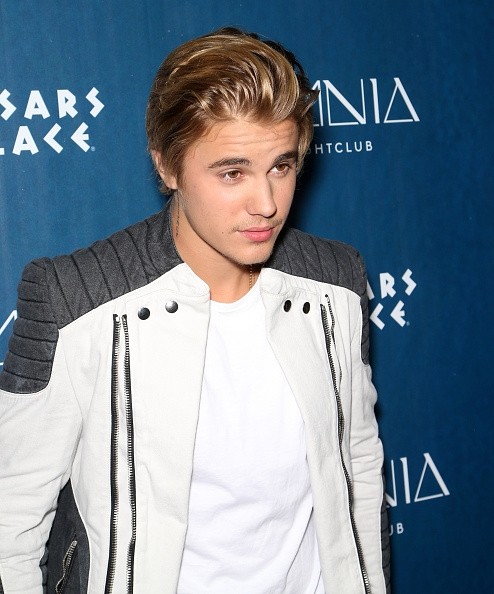 Now that Selena Gomez has moved on from Justin Bieber, it seems that the "Baby" hitmaker has found a new girlfriend.

The 21-year-old singer has been linked with numerous girls, but he claimed that he isn't dating anyone. He even got into a fight with Orlando Bloom because he allegedly flirted with the actor's ex-wife Miranda Kerr.

Just recently, the YouTube sensation was caught getting cozy with another model during a Los Angeles Clippers game. Mail Online shared photos of Justin Bieber and rumored new girlfriend Ashley Moore giving each other PDAs at the Staples Center.

They couple was seated in a box together with their friends, but he chose to sit on her lap. Ashley's arms were wrapped around Justin who gave her a kiss on her forehead. According to the website, this isn't the first time that pair went out on a date. They were spotted having lunch in Beverly Hills back in 2013.

Justin Bieber has shown his admiration for the 21-year-old model on Instagram. He posted a sexy photo of her and captioned it "super cute @ashley_moore_ Proud of you :)". Despite the sweet gestures and PDAs, the singer's rep told Hollywood Life that they are just friends.

It seems that the Canadian pop star is into models because he also got linked to Hailey Baldwin, who is the daughter of actor Stephen Baldwin. However, they both claimed that they are just friends. Another model linked to Justin Bieber is Kendall Jenner, who is the half sister of Kim Kardashian. Again, the two denied the rumors but sources revealed that there's more to their relationship.

"When Kendall and Justin are together, they flirt so hardcore. They love telling people they're just friends, but they're playing with everyone - there is more to it," an insider told Hollywood Life. "They've hooked up in the past and there's still something there. They just like to keep it totally secret, but a lot of people know there is something there. They aren't fooling everyone."

There's no confirmation yet who Justin Bieber's new girlfriend is so maybe he prefers being single and just enjoys hanging out with hot girls.