Chris Brown Gets A Surprise Visit From Royalty And Baby Mama! Will Nia Amey Move In His Home Soon? 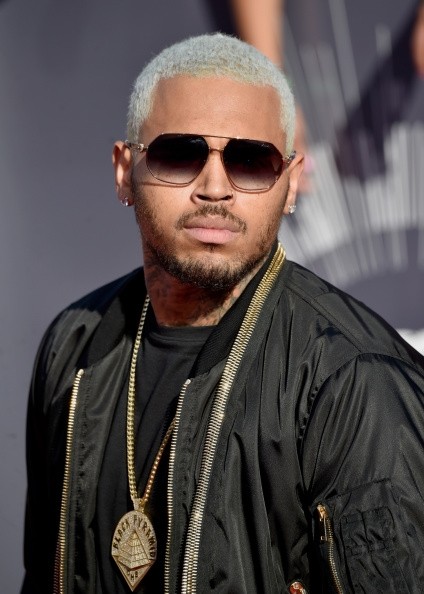 Chris Brown's secret was finally revealed last week by his baby mama so now we all know that the singer already has a 9-month-old daughter named Royalty.

Some people took the news negatively, but others showed their support to the musician.

Despite the recent break up with Karrueche Tran because of his alleged cheating, the 25-year-old recording artist looked like he has finally moved on. His main focus now is his baby girl and he even got a surprise visit from Royalty during his tour in Houston. Check out the photos from TMZ.

The website reported that Chris's baby was chaperoned by Nia Guzman-Amey and her half-sister.

"Royalty and crew were picked up by limo at a Houston hotel where they were staying and taken to Chris' tour bus, where he chilled with his kid," an insider revealed.

Another proof that Chris Brown really spent time with his daughter was a photo taken with his fan where you can see a baby bottle on the background. It looks like the "Loyal" hitmaker is pretty busy with his daddy duties, which means that he may be spending more time with his baby mama.

"He's adamant that they raise Royalty together. It's very important to him that he and her have a near perfect relationship because he wants his daughter to be raised properly - with he and Nia," a source told Hollywood Life.

"He knows from experience the hardships and heartache it can be without two parents in the same home and he doesn't want that for Royalty," their source added. Could this mean that Chris Brown is reuniting with his baby mama? With Karrueche Tran out of the way, then this may be possible.

The website also reported that Nia Amey may be moving in his home soon, but does that mean that Chris Brown is getting back with his baby mama.

"Her living with him - it's on his mind and he's trying to figure out just how that would work. Nia would have her own separate room. No funny business would go on. It would be for the sake of the baby only," their insider said.