Chris Brown’s Baby Mama Revealed His Secret! Rihanna Was Shocked And Happy That She Didn’t Get Pregnant With Him! 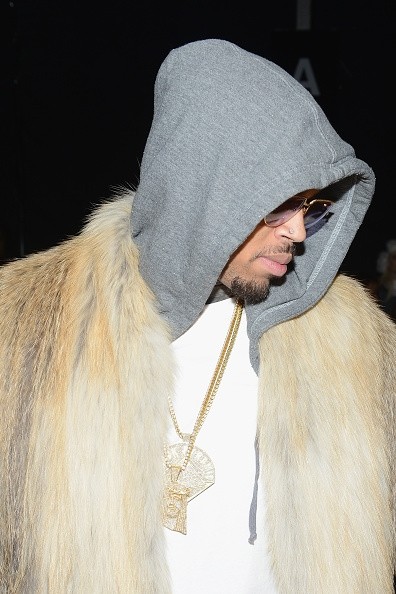 Many people were shocked when Chris Brown's baby mama Nia Amey revealed that she has a 9-month-old daughter named Royalty with the singer.

His secret was finally revealed and instead of getting mad at her for letting the whole world know about his baby, he tried to take it calmly.

"Mad isn't going to do anything but piss her off," a source told Hollywood Life. "He doesn't know what she's capable of doing."

The website also reported that he is giving the 31-year-old socialite loads of money for child support.

The 25-year-old singer is reportedly careful when dealing with her because she can always take their baby away from him.

"He's going to walk a straight line with her so that he can be there to love his baby," the insider said. "It's going to be a long, hard road ahead."

Upon hearing the revelation of Chris Brown's baby mama, Karrueche Tran dumped her boyfriend right away. It must have been a slap on her face because she has been friends with Nia Amey and they have been spotted partying together at a Las Vegas pool party.

"Listen. One can only take so much. The best of luck to Chris and his family. No baby drama for me," Karrueche wrote on social media as reported by Mail Online.

Many people are also wondering how Rihanna feels about her ex-boyfriend having a baby.

According to Hollywood Life, the 27-year-old diva is happy and relieved.

"Rihanna is very happy that she never got pregnant by Chris," the source said. "She feels bad that he has to deal with this baby situation but she is glad that this might finally wake him up and actually have him grow up and become a man," their insider added.

Chris Brown has a lot to deal with right now including the baby mama and getting dumped by Karrueche. Instead of getting sympathy from Rihanna, she instead made fun of him.

"She has joked to friends that she should get him something, but that would be condoms," the source said.