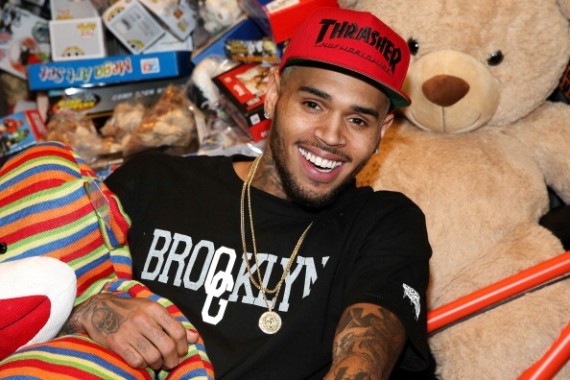 It was previously reported that baby mama and Royalty visited Chris Brown during his tour in Houston.

It looks like fans may see more of that from happening as the 25-year-old recording artist wants his daughter to be with him all the time.

According to TMZ, the R&B singer wanted Guzman to move to Hollywood Hills so he can be closer to his baby girl.

"He's asked Nia to move to L.A. with their daughter and he'll foot the bill for housing," their source said. "He's not romantically involved with Nia, but we're told he genuinely wants a meaningful relationship with Royalty. He's saying he'd like to see her every day."

Right now, Chris' 9-month-old daughter is around 1382 miles away from him, which makes it difficult for him to see his baby. For him to convince his baby mama to move to Los Angeles, the website reported that he is currently negotiating with her and paying her more than what the law required.

It seems that Chris Brown is really serious about parenting, but he isn't going to raise Royalty like a royal baby. He has fame and money, but the "Loyal" singer won't be parading his daughter around like what Kanye West and Kim Kardashian do to North West.

"No disrespect to Kim or Kanye, Chris thinks they're both talented and successful people at their respective craft. But as parents... he wouldn't do half of the shit they do," a source revealed to Hollywood Life. He thinks that taking Royalty to places where she does not have any business just for the sake of a photo op isn't right. "That's absolutely crazy to him and he doesn't understand why anyone would use their child like that.... for fame and publicity," he said.

Chris Brown may be following Jay Z and Beyonce's parenting style because the two are doing a great job of keeping Blue Ivy away from the paparazzi and public. The musician knows the business and he wants to take away his daughter away from that kind of world.

"The last thing he wants is for his girl to grow up around a bunch of fake people who cater to her like she's one of the Obama girls," their insider said. "Chris didn't grow up like that and while he's going to give Royalty ever advantage possible, he wants her to know that she's not entitled to anything and that she will have to work in life." Let's find out what kind of daddy Chris Brown will be once Royalty and the baby mama moved to Hollywood.