Ryan Reynolds Excited About ‘Deadpool!' Will The Marvel Movie Get A PG-13 Or R Rating? Filming Begins In Vancouver! 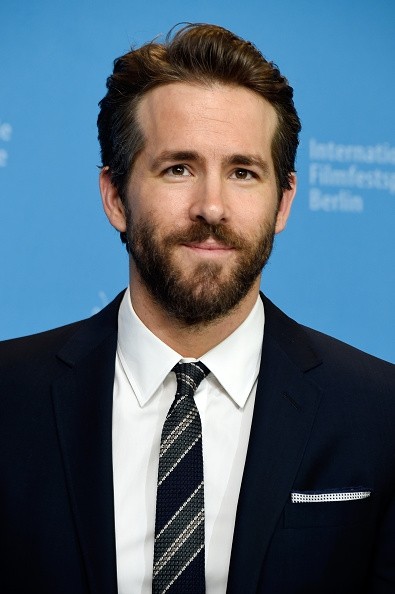 The lead star of "Deadpool," Ryan Reynolds, is excited about his upcoming film and revealed that its budget isn't that big as expected from a Marvel movie.

"We can't believe that somebody cut a check to let us make this movie. Although they cut a very small check because it doesn't have the catering budget of most 'X-Men' movies, but it's still cool," he told HuffPost Entertainment.

The 38-year-old actor also shared the latest updates on the "X-Men" spinoff.

"We're just at the crest of our first week so it's been amazing, actually," Reynolds said. "It's been a long time coming, but it doesn't come with that kind of attitude. A core group of people have been developing this for the last five years and we're all just very giddy at this point."

Last month, Ryan Reynolds confirmed that he will reprise his role Wade Wilson in the first stand-alone film for the superhero. He shared his photo with his character's mask on Twitter and also showed his gratitude to his fans for their continued support.

"People keep thanking me for getting Deadpool made. I didn't get it made. YOU did. The internet put Fox in a hammerlock death-grip. #sayuncle," he wrote on Twitter.

Back in 2009, Blake Lively's husband portrayed the role of Wade of Wilson in "X-Men Origins: Wolverine."

However, his character's alter ego Deadpool was played by Scott Adkins. It took around six years before Marvel decided to create solo movie for the fictional anti-hero.

Tim Miller has started filming the "X-Men" spinoff and there have been reports that the cast and crew will shoot in Vancouver from April to May.

According to CKNW, the Georgia viaduct is being shut down for two weeks next month for a movie shoot. Ryan Reynolds and the rest of the cast and crew will be in Canada from April 6 to 16.

In a separate report, there has been an ongoing debate regarding the film rating of "Deadpool." Ryan Reynolds was hoping to get a PG-13 rating.

But if some of the scenes from the test footage would be featured in the film, then it could end up getting an R rating. During an interview with Entertainment Weekly, the actor was asked if there's a chance of having an R-rated cut version of the "X-Men" spinoff. "The debate rages on. We'll see," he said.