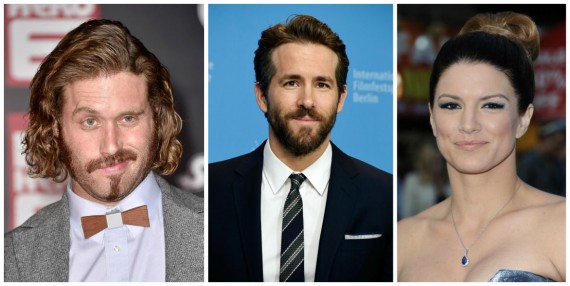 It seems like a full-length film for "Deadpool" is really happening as they add two more actors to the cast. Ryan Reynolds first wore the red suit for a test footage that leaked online. It was posted on YouTube and has now more than 4.5 million views.

Check out the video below:

The actor who is rumored to star in Tim Miller's new movie confirmed that he will be part of it. He shared a photo of himself with the mask on Twitter and captioned it: "Sepia tone disguises the fact the mask is ballerina pink. It's early. 365 sleeps early. #deadpool #prototypes"

Many fans were thrilled when they saw the 38-year old actor finally confirm that he will star in the "X-Men" spinoff. He showed his appreciation to his followers on Twitter.

"People keep thanking me for getting Deadpool made. I didn't get it made. YOU did. The internet put Fox in a hammerlock death-grip. #sayuncle," he posted.

Ryan Reynolds starred as Wade Wilson in "X-Men Origins: Wolverine" in 2009, but martial arts expert Scott Adkins took over the role of Deadpool. This time, it seems that Blake Lively's husband will be doing his own stunt in the stand-alone film.

Apart from the "Green Lantern" actor, two more Hollywood stars are confirmed to join the cast.

"Gina Carano has closed a deal to join Ryan Reynolds in 'Deadpool', Fox's action movie based on the wisecracking mercenary Marvel character," according to The Hollywood Reporter.

The website also reported that they will most probably start shooting in Vancouver this March.

The former mixed martial artist will play the role of Angel Dust, who is part of the mutant group called The Morlocks.

T.J. Miller, who stars in HBO sitcom "Silicon Valley", will also be part of the "X-Men" spinoff. His role is still unknown, but he is reportedly sure to add some comedic relief in the upcoming movie.

There were also rumors that Daniel Cudmore, who starred as Colossus in "X-Men: Days of Future Past" will do a cameo in "Deadpool."

However, the 34-year old actor denied the rumors which disappointed many of his fans.

"Thanks everyone for all the support for me 2 reprise the role of #Colossus in #Deadpool but unfortunately it won't be happening for me con't," he wrote on Twitter.