Chris Brown And Rihanna Secretly Dated While He’s With Karrueche Tran? ‘Loyal’ Singer A Major Cheater? ‘I Didn’t Want To Believe It’ 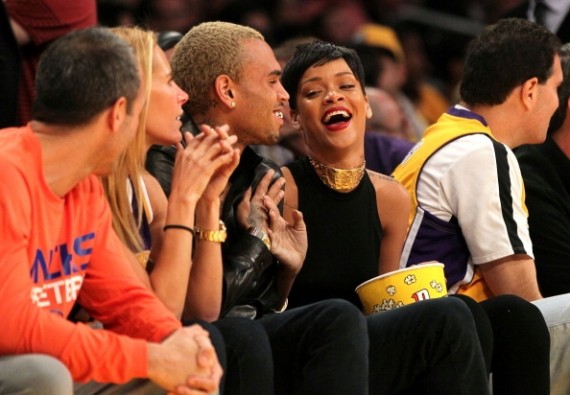 There have been rumors that Chris Brown and Rihanna have been secretly dating while he was still with Karrueche Tran.

Fans of the 25-year-old musician tried to believe that the reports weren't true, but it looks like he did cheat on the 26-year-old model.

Chris and Karrueche started dating in 2011, but it seems that the "Loyal" hitmaker wasn't that loyal to her during the course of their relationship. The model admitted during an interview with a life coach that she was caught in a love triangle with her boyfriend's former lover Rihanna.

"I didn't want to believe it," Karrueche said as reported by Hollywood Life. "I was under the impression that it was a friend-type of... not a friend, but it wasn't what it became to be." She even revealed an incident when Chris Brown and Rihanna secretly dated.

According to the model, her boyfriend was with her during Christmas Day back in 2012. However, Chris told her that he have to go somewhere. After a few hours, she was surprised to see photos of her boyfriend with his former lover watching a game of the Los Angeles Lakers.

Despite seeing Chris Brown and Rihanna together at a basketball game, she still tried to convince herself that they were only good friends. But photos suggest otherwise; and there were even pictures of the 27-year-old diva leaning her head on his shoulders and getting cozy with him.

"I knew. I didn't want to believe it, I loved him," Karrueche confessed to the life coach.

Chris Brown and Karrueche Tran continued dating despite the cheating rumors, but she finally gave up when she found out that he had again cheated on her with his baby mama.

Nia Amey shocked the whole world when she revealed that she has a 9-month-old baby girl named Royalty with the R&B singer.

Even Karrueche and Rihanna were surprised to find out. The model admitted that she still loves Chris, but she isn't ready to give Breezy another chance as for now. The "Diamonds" hitmaker, on the other hand, felt relieved that she did not get pregnant by her former lover.