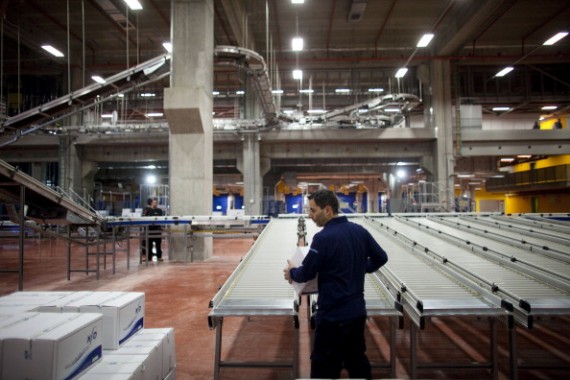 The leadership of Teva Pharmaceutical Industries Ltd., the world's largest generic drug manufacturer in the world, is looking to protect profits made from Copaxone against competitor brands.

The company is set to purchase Auspex Pharmaceuticals Inc. for about $3.5 billion in cash, Bloomberg reports, further cementing its role as an industry leader.

"Teva and its competitors are under pressure to do deals for new technologies and the competition is intense," Nexthera Capital hedge fund official Ori Hershkovitz told the site.

"This is a good deal for Teva. It will add to its product line in the central nervous system space and shows that it's serious about growing its branded business."

Teva officials announced earlier this week that they would begin offering a tender of $101 per share for Auspex, placing the latter company's shares price just over $100 following the announcement.

Copaxone, considered one of the most lucrative drugs on the market, accounts for approximately half of Teva's profits, Bloomberg also reports. The drug is most often used for multiple sclerosis treatment and the prevention of MS.

Teva's purchase of Auspex is regarded by many as one of the largest buyouts in the pharmaceutical industry overall.

"The bottom line is that options remain and Teva is now finally on the offence," Cowen analyst Ken Cacciatore told Reuters, adding that Auspex's technology would represent "a significant breakthrough for patients who often have no sustainable symptom relief from their disease."

Teva was founded in 1901 and is headquartered in Petah Tikva, Israel.