The Truth Behind The Breakup Of Justin Bieber And Selena Gomez Revealed! ‘I Want You To Know’ Singer Wants To Settle Down? She Thinks Zedd Is A Marriage Material! 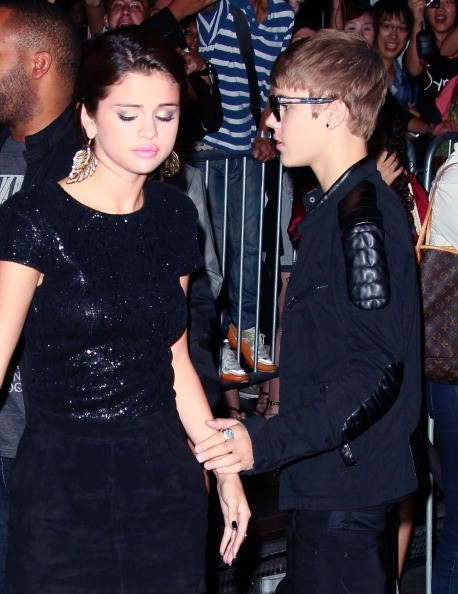 There have been many speculations regarding the reason for Justin Bieber and Selena Gomez's breakup.

Some tabloids say it was caused by the Canadian pop star's cheating ways while others say it was the actress' jealousy. Finally the truth behind their breakup is finally revealed and it all started with a ring.

The on-again, off-again couple called it quits last October, but they decided to give their relationship another chance last December. A month before they got back together, the 21-year-old musician was already planning to pop the question to the 22-year-old songstress.

"Justin's telling everyone that Selena will be his wife and he's going to propose," an insider revealed to Life & Style.

He even went to the showroom of Avianne & Co. Jeweler's in New York City to look at different engagement rings for Selena and he even wanted them to design something special for her.

Presumably the "Baby" hitmaker wasn't able to choose the right ring for the "Behaving Badly" actress because they tried looking for a ring together last December. Justin Bieber and Selena Gomez were spotted shopping at Tiffany & Co. in Beverly Hills last December and it didn't turn out well as reported by Hollywood Life.

When a bystander asked the couple if they would get married one day, Gomez gave out a positive response. She was heard saying "I hope so!" while her boyfriend, who was standing behind her, mouth the word "No!" and shake his head.

Unfortunately, they didn't purchase an engagement ring which clearly is a sign that Justin isn't ready to settle down. Now that Selena has found a new inspiration, there is a chance that her dream of getting married would happen someday.

"She thinks Zedd is marriage material and perfect dad material. They've talked about kids and both of them want a big family," an insider revealed.

Selena Gomez is currently romantically linked to the DJ, whom she recently collaborated music with. They have been spotted giving each other PDAs and going to different occasions together. However, they haven't confirmed their relationship yet so maybe Justin Bieber still has a chance to give the ring that she has always been asking for.