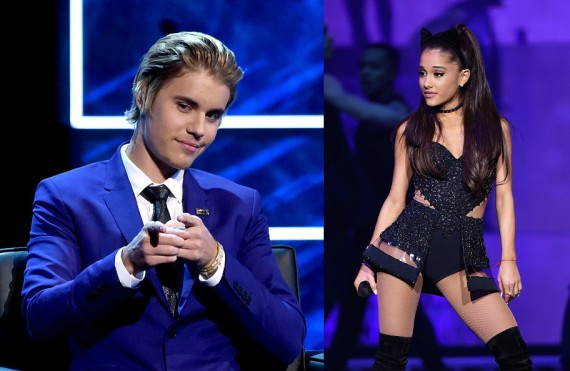 Justin Bieber may be one of the biggest pop stars in the world, but he can make mistakes too.

The 21-year-old singer surprised the audience of Ariana Grande when he appeared at her concert in Miami. They performed the song "Love Me Harder" together, but it didn't turn out to be flawless as most people would expect it to be.

According to E! Online, the Canadian singer messed up some of the lyrics that were performed by The Weeknd, but he apologized for his mistake.

"So I feel bad, I forgot the words Ariana," he told Grande while performing inside the American Airlines arena. "I've been trying to memorize them backstage for like an hour!" Check out their duet below:

Justin Bieber also shared a photo of himself kneeling in front of Ariana Grande on Instagram.

"Had fun with u Ariana, even tho I forgot all the words haha," he wrote.

Despite the lyrics fail, they continued to perform two more songs. This time, it will be impossible for Selena Gomez's ex-boyfriend to forget the words because they sang his hits "As Long As You Love Me" and "All That Matters". The former Nickelodeon star even sang her boyfriend Big Sean's rap verse in "As Long As You Love Me."

Justin Bieber showed his gratitude to the 21-year-old pop princess through social media.

"Thank you @ArianaGrande and thank you Miami. I missed the stage. See u soon," he wrote on Twitter. She also reiterated by writing "thank u miami babes and thank u @justinbieber," on Twitter.

Fans were thrilled to see two of today's hottest singers perform a duet and one of their biggest fans, Ariana's half-brother Frankie, shared his reaction on YouTube.

The former "Big Brother" contestant got really emotional and broke down in tears while listening to Justin Bieber and Ariana Grande's duet. Check out Frankie Grande's reaction below: