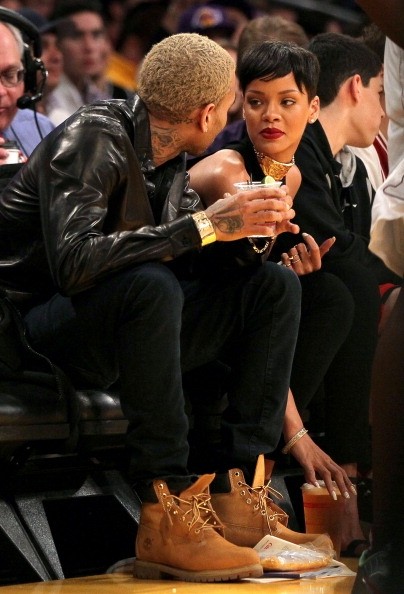 New reports reveal that Chris Brown and Rihanna are secretly dating despite all the baby mama drama that the recording artist is facing. Since Karrueche Tran ditched him for allegedly cheating on her not only once but several times, the 25-year-old musician is now free to date anyone he wants.

According to ThyBlackMan, the "Diamonds" singer and "Loyal" hitmaker were seen hanging out a couple of times and some fans believe that they are back together even if Chris is still on probation for brutally attacking Rihanna back in 2009.

The former lovers were recently spotted watching the concert of Nas in Brooklyn together. They were also seen leaving the same hotel that night, but separately. During an interview with day time host Wendy Williams, Rihanna talked about Breezy and revealed how she feels for him after the assault. According to the website, the singer confessed that she still loves him, and will always love him.

"I felt like the only person they hate right now is him," the 27-year-old diva told Williams. "I just felt like he made that mistake because he needed help, and who's gonna help him? Nobody's gonna say he needs help. Everybody's gonna say he's a monster without looking at the source. I was more concerned about him," she explained.

Based on that interview, it isn't surprising that Rihanna will be there for Chris Brown especially now that he is facing more baby mama drama. We reported last time how serious the "Ayo" singer is when it comes to parenting his 9-month-old daughter.

Royalty was recently seen with her biological mother Nia Guzman during her visit to her daddy in Houston. However, new reports reveal that Guzman's boyfriend wants to take over that role. According to TMZ, King Ba ditched Chris Brown's baby mama when he discovered that it was not his child.

However, it seems that he had a change of heart because he was recently seen treating Royalty like his own baby. King Ba even posted photos of himself with Royalty on Instagram and captioned it "Been a Dad Still a Dad... Minus All the Nonsense That Been Going On We Still Kick It."

The website also reported that Nia Guzman and her boyfriend celebrated Easter with Royalty and her older kid which showed his dedication of becoming a daddy to her children. If Rihanna will be getting back with Chris Brown, she needs to learn how to accept Royalty too.