Jennifer Aniston Is Pregnant With Justin Theroux’s Baby? ‘Cake’ Actress And ‘The Leftovers’ Star Were Shocked And Happy! Will They Get Married In Scotland This Year? 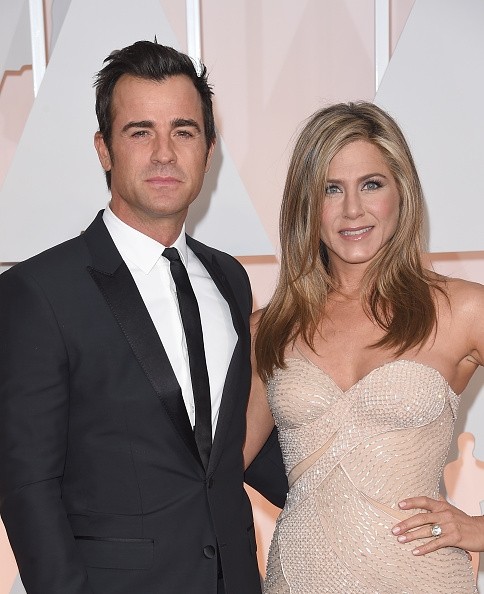 There have been rumors coming out that Jennifer Aniston is pregnant with Justin Theroux's baby - and this time it could be real! Latest reports reveal that the 46-year-old actress is already three-months pregnant. According to Life & Style, the 43-year-old actor asked his fiancée to take the pregnancy test last January, which she thought was ridiculous.

"Justin told Jen that he always knew things would work out perfectly for them. Then he said, 'Pay up, you owe me $50,'" an insider said as reported by Hollywood Life. "At first, Jen felt total disbelief and shock. But that feeling quickly turned into complete joy."

Jennifer Aniston wasn't expecting to get pregnant and she seems to be feeling the pressure right now. "Jen thinks it's really important that they start couples' therapy but Justin's work schedule is so hectic," the magazine's source said according to Jezebel.

During an interview with InStyle last year, the "Cake" actress opened up about her feelings on the pregnancy rumors and other gossips about her. "I realize they need to sell magazines, but it's really getting old," Aniston said.

"What kills me is when friends send me pictures they've taken at a newsstand. One magazine says, 'Desperate and alone,' and the other one says, 'She's eloped!' I mean, at least consult. Don't make yourself look like an idiot. I'm going to be 50 and they're still gonna be saying, 'She's pregnant!'" she explained.

Neither Jennifer Aniston nor Justin Theroux has confirmed the latest pregnancy news so it could just be another tabloid headline to sell magazines just like what the former "Friends" star said it was. In a separate report, the couple is planning to get married before 2015 ends. According to Clydebank Post (via Design & Trend), their wedding could be held in Clydebank, Scotland.

"At a dinner in London a friend was talking to Jen about shipbuilding and she brought up Clydebank," a source close to the actress revealed. "I didn't think she was serious but apparently she had looked it up and thought the town hall was perfect."

Fans were excited to hear that Jennifer Aniston is finally pregnant with Justin Theroux's baby. However the actress' representative told Gossip Cop that the pregnancy rumors aren't true. "The story is B.S." her rep said.