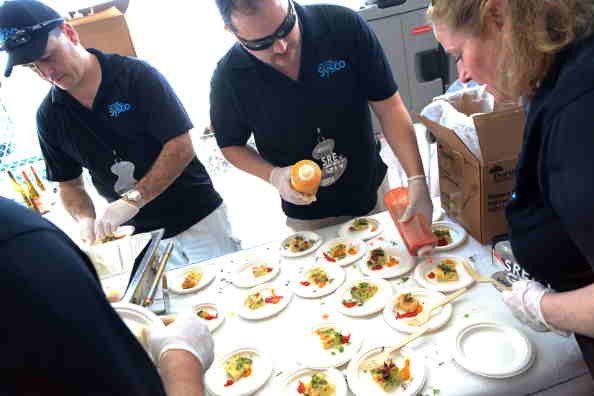 Trian Partners, a hedge fund owned by activist investor Nelson Peltz, has acquired a more than 7 percent stake in Sysco Corporation for $1.6 billion, according to a report from Reuters.

According to a source, Trian sees an opportunity to improve the margin of Sysco and provide more capital returns to shareholders, CNBC reported.

Sysco's performance in the past five years gave Trian the opportunity to acquire a stake in the company.

CNBC added that Sysco's shares have significantly underperformed in the market. Earnings-per-shares are down and the total return for shareholders is less than half of S&P's return over the same period.

Trian also calls for Sysco to better align the compensation of its management team to the company's, Reuters reported.

A spokesperson from Sysco told CNBC that they are aware of Trian's actions.

"We are aware that Trian has disclosed taking a significant stake in Sysco," the spokesperson said.

The company said that they are welcoming discussions with investors who share in their interest of "creating value by marketing and delivering great products to our customers with exceptional service," according to a press release issued by Sysco.

"We believe Sysco is extremely well positioned to execute our strategy in a manner that will support the success of our customers, profitably grow our business and improve our return on invested capital," the company said.

The company also added in the press release that more details of their strategic initiatives will be provided during their Investor Day on Sept. 15, 2015.

CNBC adds that Trian would become the largest individual shareholder in Sysco.