First ‘Ghostbusters 3’ Photo Of Chris Hemsworth Revealed! Is He More Than Just A Receptionist? 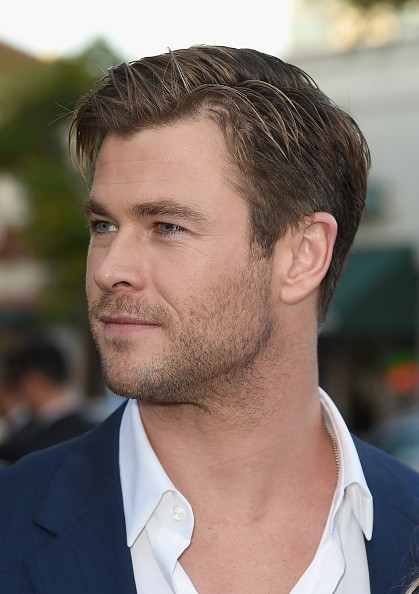 The first set photos of "Ghostbusters 3" were revealed a few months ago.

The official group photo was released after a month. People now had a chance to see the lady ghostbusters in their uniform, carrying the proton pack and standing beside the iconic Ecto-1 car.

Apart from the four funny women, Chris Hemsworth will also play an integral role in Paul Feig's version of the "Ghostbusters."

The director made the announcement on Twitter and revealed that the "Thor" star will play a receptionist.

According to Variety, Sony Pictures went to the 32-year-old actor early on in the process for one of the male lead roles, but he turned down the role because it was too small.

So the producers had to rework the script and give the Aussie heartthrob a more significant role.

Just recently, the first photo of Chris Hemsworth on the set of "Ghostbusters 3" was revealed by Yahoo. The Hollywood superstar was spotted filming in Boston wearing a jumper that looked like what the female ghostbusters wore and riding a motorcycle.

Based on the photo, the "Avengers: Age of Ultron" actor may be more than just a receptionist. He looks like he's ready to bust some ghosts because his motorcycle is equipped with gadgets including what appeared to be a proton pack on the back of his bike.

Apart from Chris Hemsworth, some of the original cast members will be making a cameo in "Ghostbusters 3."

In fact, Dan Aykroyd has reportedly finished filming his scenes with Kristen Wiig. The actor that used to play Ray Stantz is now a cab driver.

Bill Murray will also be joining the female cast, but his role remains unknown. However, there were rumors coming out that the actor, who starred as Peter Venkman, may play the role of Martin Heiss.

According to SlashFilm, he's sort of the counterpart to William Atherton's character from the first "Ghostbusters" movie, and Paul Feig and his team wanted Bill Murray for that role.