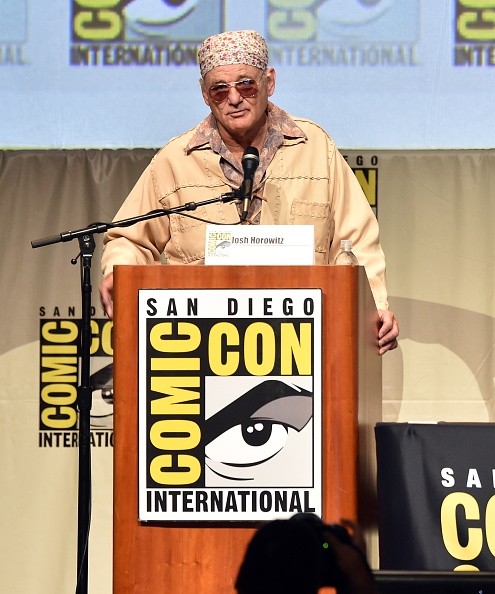 Many fans were thrilled when they heard that Bill Murray will be making a cameo in "Ghostbusters 3."

The actor starred as Peter Venkman in the two previous movies, but he had shown disinterest in doing a third installment after the death of his co-star Harold Ramis.

However, it seems that he had a change of heart when he agreed into filming some scenes for Paul Feig's remake.

During a recent interview with Yahoo! Movies, Bill Murray shared his experience working on the female version of Ivan Reitman's blockbuster flick.

"You know, they were incredibly nice to ask me, and I really enjoyed being there," he said. "They have such a jolly group, and they are going to have great success with this project. I didn't want to overshadow [them] or anything, and I feel really good about it."

The 64-year-old actor admitted that he originally didn't want to join the "Ghostbusters 3" cast, but the director and actresses including Kristen Wiig and Melissa McCarthy made him change his mind.

"I like those girls a lot," he confessed. "I mean, I really do. They are tough to say no to. And Paul is a real nice fellow."

Bill Murray also explained that it took him a long time before he decided to accept the role.

"I was seriously thinking about this for years, really ... It kept eating at me, and I really respect those girls," he explained. "And then I started to feel like if I didn't do this movie, maybe somebody would write a bad review or something, thinking there was some sort of disapproval [on my part]."

Fans of the 80's supernatural comedy film have been bashing Paul Feig's female version of "Ghostbusters" because they wanted to see the original cast.

Now that it has been confirmed that Bill Murray and Dan Aykroyd will be appearing in "Ghostbusters 3," then there's a chance that they may pull their cult followers to watch the remake.