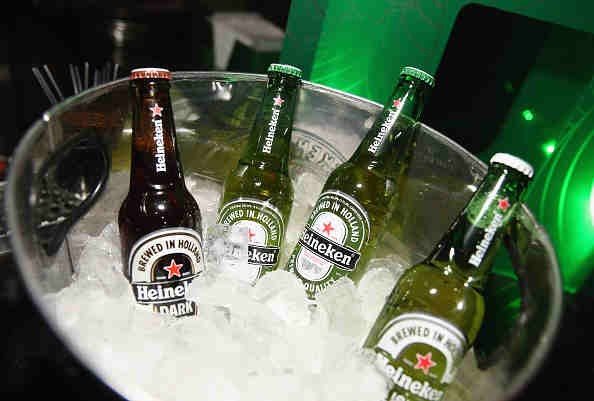 Heineken N.V. has announced that it has acquired a 50 percent shareholding in Lagunitas Brewing Company, the fifth largest craft brewer in the U.S. by volume, according to a press release issued by Heineken.

The acquisition provides Heineken with an opportunity to build a strong foothold in the brewing category on a global scale.

Lagunitas, who has a nationwide presence in the U.S., has expanded into a number of other markets including the UK, Canada, Sweden and Japan, according to the press release.

The company's expansion in other countries shows its strong potential for continued growth outside the U.S.

Lagunitas, who was founded in California in 1993, owns two world-class breweries in Petaluma, California and Chicago, Illinois, according to the press release.

The company is expected to sell an estimated 1 million hectoliters of beer from the two breweries.

Fortune also reported that Lagunitas' market share within craft has grown from 1 percent to 3 percent between the period of 2010 and 2014.

Chris Shepard, an assistant editor at Beer Marketer's Insight, told Fortune that "Lagunitas has been the story of the last five years."

The company has been aiming to ship over 800,000 barrels this year.

Fortune stated that much of Lagunitas' growth was fueled by the Lagunitas IPA.

A strong performance from its 'A Little Sumpin' Sumpin' brand also contributed to the company's growth.

The Lagunitas IPA is the company's largest Indian Pale Ale brand in the U.S., according to the press release.

It has also become a Lagunitas' benchmark for the category.

The report mentioned that the team-up between the two brewing companies is part of a broader trend in the beer brewing industry.

The world's biggest brewers have been acquiring in full or controlling stakes in craft beer rivals.

Though the rivals are smaller in comparison, they are performing well in terms of volume and marketing heft.

These small companies are greatly outperforming the overall performance of the industry.

Financial details of the deal weren't disclosed and Tony Magee, the founder and executive chairman of Lagunitas, will continue to lead the company along with his existing management team, according to the press release.

The company will also continue to operate as a separate entity.

The transaction is expected to be completed in the fourth quarter of 2015, according to the press release.