Ernie Hudson And Annie Potts To Appear In 'Ghostbusters 3'! Will Sigourney Weaver Do A Cameo? 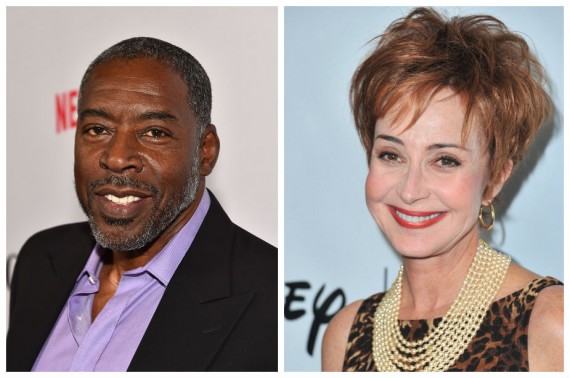 It has been confirmed that Billy Murray and Dan Aykroyd will be appearing in "Ghostbusters 3" but fans can expect more cameos in the reboot.

According to The Hollywood Reporter, Ernie Hudson is also included in the upcoming Sony film. The actor starred as Winston Zeddemore in the previous "Ghostbusters" movies and it is still unsure if he will reprise his role or not.

A few months ago, the 69-year-old actor revealed that Paul Feig hasn't approached him yet.

"I have not been officially asked to do anything so if I am, I'd love to be a part of it," he told E! Online.

Ernie Hudson also revealed what role he would want to portray if ever he will be asked to do a cameo.

"I think I should be the old guy who's been around a long time," he said. "I want to be the guy who maybe trains the people."

The people that the veteran actor may be referring to are the lead stars of the female version of "Ghostbusters" - Kristen Wiig, Melissa McCarthy, Leslie Jones, and Kate McKinnon.

Apart from Ernie Hudson, another member of the original cast is also doing a cameo in "Ghostbusters 3." According to Boston Herald, Annie Potts will be appearing as a hotel clerk in the reboot. In the original film, the 62-year-old actress starred as Janine Melnitz, who is the receptionist of the boys.

Annie Potts' role may have been given to Chris Hemsworth as director Paul Feig announced on Twitter that the Aussie actor will play the receptionist in the reboot.

Variety reported that Sony approached the star of "Thor: Ragnarok" early on in the process for a male lead role, but he turned it down because it was too small so they had to rework the script to give him a more significant role.

Since Bill Murray, Dan Aykroyd, Ernie Hudson, and Annie Potts are already included in "Ghostbusters 3," many fans are wondering if Sigourney Weaver will join the original cast. During an interview with Screenrant, the actress hinted the possibility of doing a cameo.

"They might have us pop up as marshmallow men or something and then destroy us. I don't know. I hope they will think of some silly way for us to be in it. Maybe I could play that ancient librarian who goes [makes noise]," she said.