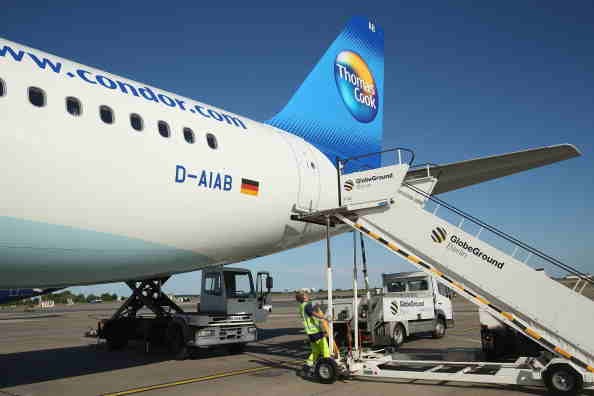 BBA Aviation Plc, a leading global aviation support and aftermarket services provider, announced in a press release that it will be acquiring Landmark Aviation for about $2.1 billion in cash from The Carlyle Group.

The acquisition of Landmark Aviation, a leading fixed base operation (FBO) network, will enhance BBA Aviation's own FBO network, Signature.

BBA Aviation said in the press release that the acquisition of Landmark Aviation increases the network relevance of Signature.

Landmark Aviation, which has 68 FBO network locations, owns a group of high-quality assets with a presence at four in the top five and 14 in the top 50 U.S. airports as measured by the FAA.

The acquisition also materially increases BBA's exposure to the B&GA market and its structural growth drivers, according to the press release.

The increase accelerates BBA's stated strategy and enhancing the quality, future growth prospects and cash generation of the Group.

Simon Pryce, CEO of BBA Aviation, said in the press release that the acquisition is a "transformational step in the continued execution of BBA Aviation's strategy."

"The acquisition would enable customers to benefit from an extension of Signature's industry-leading service offering and its operational excellence across a much larger network of high-quality locations," he said. "Combining Signature and Landmark would also realize significant cost synergies as well as substantial tax benefits."

Reuters adds that Landmark Aviation has been exploring a sale due to the slow recovery of the corporate jet market from a downturn.

The market was affected by the global financial crisis.

Reuters adds that analysts at Liberum said in a note that they still have doubts about the outlook of the business aviation market.

"We remain concerned about the outlook for the business aviation market, and BBA is significantly increasing its exposure to it with this deal," they said.

BBA Aviation said in the press release that they expect the acquisition to be accretive to adjusted underlying earnings per share in the first full financial year, which ends on December 31, 2017.

They also expect the return on invested capital to be in excess of BBA Aviation's weighted average cost of capital by the second full financial year, which ends on December 31, 2018.