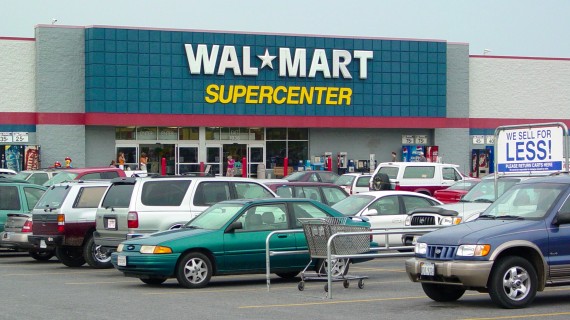 Wal-Mart is promoting 35,000 part-time workers to full-time status, and another 35,000 temporary workers to the part-time level.(Photo : Wikimedia Commons)

Wal-Mart is promoting 35,000 part-time workers to full-time status and moving another 35,000 from temporary positions to part-time in a move to help alleviate previous staff shortages and keep shelves stocked.

The company is also hiring another 55,000 seasonal workers for the upcoming holiday season Bloomberg reported. This is an increase of 5,000 workers compared to last year's 55,000. Kory Lundberg, a Wal-Mart spokesman told Bloomberg the change will be good for the employees.

"(The new full-timers will be eligible for health benefits and will be) getting the consistent full-time hours they're looking for," Lundberg said.

Lundberg said the 70,000 employees being promoted will keep their new positions after the holiday season. The new part-time workers will have job security which was not available to them when they worked on a temporary basis. Contracts for those roles are usually for 90 or 180 days according to Lundberg Bloomberg reported.

Wal-Mart considers those who work a consistent 34 or more hours a week full-time employees. Individuals who work fewer than 34 hours are part-time.

A report from the Cleveland Research Co. on Sept. 18 said the fact that there weren't enough employees in Wal-Mart stores to stock and replenish shelves with inventory from back rooms of stores was a significant issue limiting operations throughout company stores Bloomberg reported.

Over the past five years, the United States workforce at Wal-Mart and Sam's Club warehouse decreased by roughly 120,000 employees to 1.3 million according to regulatory filings Bloomberg reported.

During that time, Wal-Mart has added over 500 stores in the United States through July 31 but the rapid expansion has frustrated customers over the lack of employees to keep shelves stocked. With the new move, Wal-Mart answers its need for workers to operate cash registers, and workers they can come to for help if they have questions.

According to Fox Business, Wal-Mart shares were six cents lower at $75.77 early Monday morning. To this point, this year, the company's stock is up 10.9 - percent so far this year.