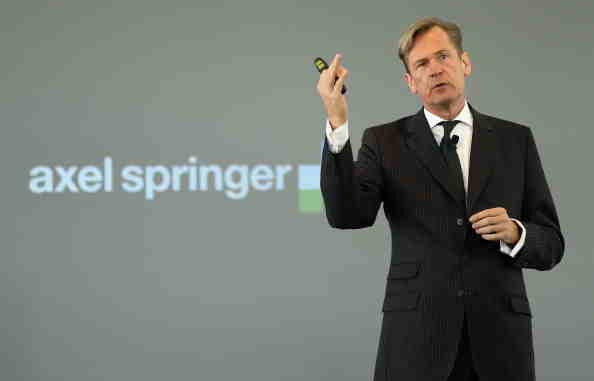 Axel Springer SE has announced in a press release its intention to acquire a minority stake in Thrillist Media Group, a leading digital media company and lifestyle destination for millennial men who are based in New York City.

The investment is part of Axel Springer's strategy of broadening its global reach.

The acquisition of a minority stake in Thrillist Media is a step forward to Axel's strategy as it increases their English-language offerings, according to the press release.

It also expands their commitment to having innovative digital media content.

Mathias Döpfner, CEO of Axel Springer, said in the press release that the investment is the next step in the company's strategy.

"The investment in Thrillist is a further step we are taking to expand our global footprint as a digital publisher, especially in English-language markets," he said. "We see strong further potential and are looking forward to a close cooperation with Ben, Adam and the whole Thrillist team."

The Wall Street Journal also reported that the investment is part of a series that Döpfner calls "foot-in-the-door" investments with U.S. digital media companies.

Axel Springer has already invested in Ozy, a digital magazine company, and Now This, the short-form video purveyor.

The Wall Street Journal reported that Döpfner said in an interview they are not yet done with their investing.

"More is hopefully to come," he said. "It's just the beginning."

The investment in Thrillist Media came a day after Axel Springer announced its acquisition of Business Insider, the leading digital business news service in the U.S, according to the press release.

The company is acquiring 88 percent of Business Insider for $343 million, making it one of the six largest digital publishers in terms of reach.

The funding round also coincided with Thrillist Media spinning off Jack Threads, its fashion e-commerce brand, into a separate company.

Axel Springer said in the press release, though, that Jack Threads will not be part of the investment.

The investment is expected to be completed in early October.