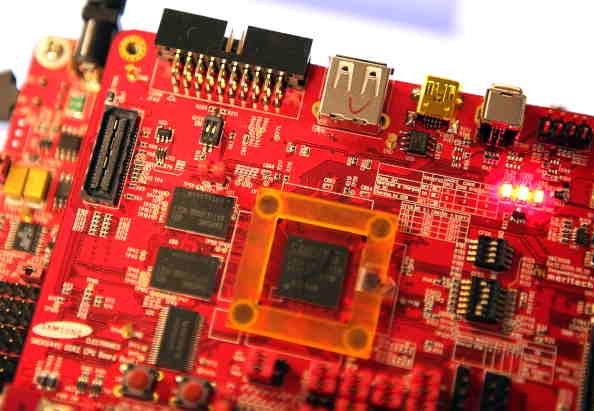 Skyworks Solutions, Inc., an innovator of high performance analog semiconductors connecting people, places and things has announced in a press release that they will be acquiring PMC-Sierra, Inc. for $10.50 per share, or approximately $2 billion in cash.

The acquisition will expand Skyworks' product portfolio, customer base, and end market application.

David J. Aldrich, chairman and CEO of Skyworks, said in the press release that the acquisition of PMC-Sierra allows the company to "be uniquely positioned to capitalize on the explosive demand for high-performance solutions."

"Specifically, we plan to leverage PMC's innovative storage systems, flash controllers, optical switches and network infrastructure solutions to expand our engagements with some of the world's leading OEMs and ODMs as well as emerging hyperscale data center customers," he said.

He adds in the press release that "at a higher level, this complementary yet highly synergistic acquisition is consistent with our stated strategy of diversifying into adjacent vertical markets while leveraging our system-level expertise and global scale."

The New York Times also reported that in recent years, the semiconductor industry has undergone a wave of consolidation.

Chip makers are merging to be able to keep up with demand from companies like Apple and to cut costs by combining workforces.

The New York Times stated as well that data from Dealogic shows that deals in the semiconductor industry are already at $98.5 billion this year, not counting the merger of Skyworks and PMC-Sierra.

Last year deals in the semiconductor industry are only at $28.3 billion.

Under the terms of the agreement, shareholders of PMC-Sierra will receive $10.50 in cash for each share of PMC-Sierra common stock they hold, according to the press release.

The share price represents a 37 percent premium from the close of PMC-Sierra's stock as of Oct. 5, 2015.

Skyworks also expects to have annual revenues of more than $4 billion with gross margin in the range of 55 percent and operating margin exceeding 40 percent upon completion of the acquisition, according to the press release.

The transaction is expected to close in the first half of calendar 2016.