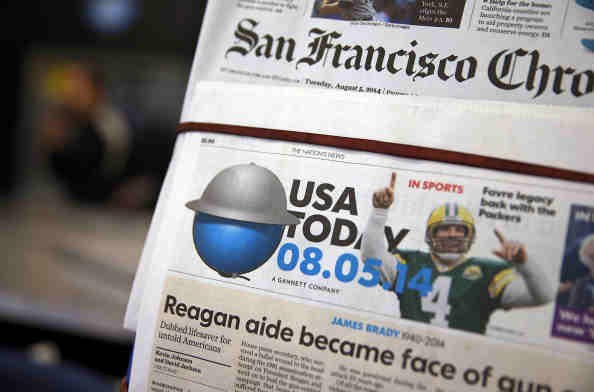 Gannett Co., Inc., owner of USA Today, has announced in a press release that it will be acquiring Journal Media Group, Inc. for approximately $280 million, net of acquired cash.

The acquisition will enhance Gannett's portfolio in the U.S. and increase its digital audiences.

The acquisition of Journal Media Group will provide Gannett with media outlets in 106 local markets in the U.S., according to the press release.

Journal Media Group will also increase Gannett's unique digital domestic visitors by about 10 million a month, according to the press release.

This will result in a combined digital audience of more than 100 million unique domestic visitors a month.

Robert J. Dickey, president and CEO of Gannett, said in the press release that both companies complement each other.

"Our merger will combine the best of each of our organizations to create a journalism-led, investor-focused company which will provide substantial value to the shareholders of both companies," he said. "This transaction is an excellent first step in the industry consolidation strategy we have communicated to our shareholders and is a good example of the value-creating opportunities we believe are available."

Tim Stautberg, president and CEO of Journal Media Group, adds in the press release that the combination of the two companies marks a "critical next step" in transforming the industry.

"Both Journal Media Group and Gannett are guided by a vision of strengthening lives and communities, and we'll be better stewards in our local markets by sharing ideas, content and best practices among our new and larger family," he said.

The Wall Street Journal also reported that the merger represents the first major acquisitions of the newspaper assets that were being abandoned in the past few years.

Media companies were abandoning newspaper assets due to declining advertising and to free-up the faster TV business.

Tribune Media had also jettisoned its newspaper asset in the past.

Under the terms of the agreement, Gannett will pay $12 per share in cash to shareholders of Journal Media Groups, according to the press release.

The share price represents a 44.6 percent premium based on the close Journal Media Group's stock price on October 7, 2015.

The transaction is expected to close in the first quarter of 2016, according to the press release.