Blackstone to Acquire BioMed Realty for about $8 Billion, Believes in Long-Term Potential of Sector 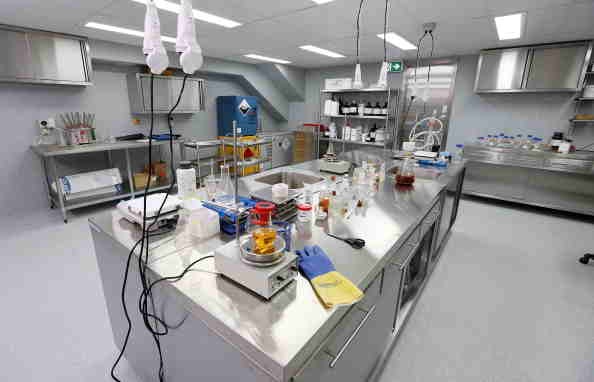 The Blackstone Group will be acquiring BioMed Realty Trust, Inc. for $23.75 per share in an all-cash transaction that is valued at $8 billion, according to a press release issued by BioMed Realty.

Blackstone believes in the long-term potential of the realty business sector that caters to tenants of life sciences industry.

Nadeem Meghji, co-head of US real estate acquisitions for Blackstone, said in the press release that they are excited with the acquisition of BioMed Realty.

"We are excited to acquire this best-in-class company which owns an exceptional collection of office buildings catering to life science tenants in gateway markets including Boston-Cambridge, San Francisco, San Diego and Seattle," he said.

He adds in the press release that Blackstone believes "in the long-term fundamentals of this sector, particularly in locations with top-tier educational and research institutions."

The New York Times adds that BioMed Realty, which is based in San Diego, is a company that provides office and research space to the life science industry.

The company's clients are biotechnology and pharmaceutical companies, scientific research institutions, government agencies, and other entities in the life science industry.

The New York Times adds that BioMed Realty has a rental space of more than 18 million square feet.

"Demand for high-quality, institutional real estate to support the unprecedented growth of the life science industry is at historic levels as demand is outpacing supply in all of our core innovation districts," Alan D. Gold, the chairman, president, and CEO of BioMed Realty, said in the press release.

Despite this unprecedented demand, Gold feels that their business and assets weren't being given much value.

"We believe that the public markets are not adequately valuing our assets and proven business model," he said in the press release.

He adds that the deal with Blackstone will help the company fulfill its mission, which is to "maximize shareholder value."

Under the terms of the agreement, Blackstone will pay $23.75 per share to shareholders of BioMed Realty, according to the press release.

The deal, which is expected to close in the first quarter of 2016, is subject to customary closing conditions, according to the press release.

This includes the approval of BioMed Realty's stockholders, who will vote on the transaction at a special meeting. The date of the meeting has yet to be announced.