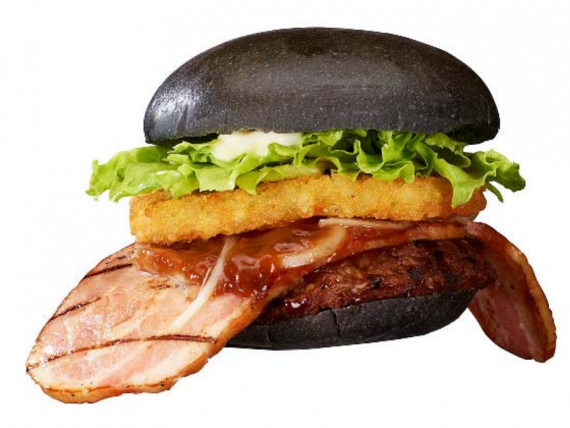 Burger King franchise in Japan is known to be creative with their food offerings and their latest invention is no exemption.

Burger King made headlines earlier this year after rolling out a "Hands Free Whopper Holder" to commemorate its 50th anniversary in Puerto Rico. The purpose for this invention, which only 50 items were made and given out randomly, was to help busy people on the go eat their burgers while working. It's essentially an extra set of arms, if you will. Check out the video here.

Does this burger creation sound appetizing to you? Let us know in the comments below.