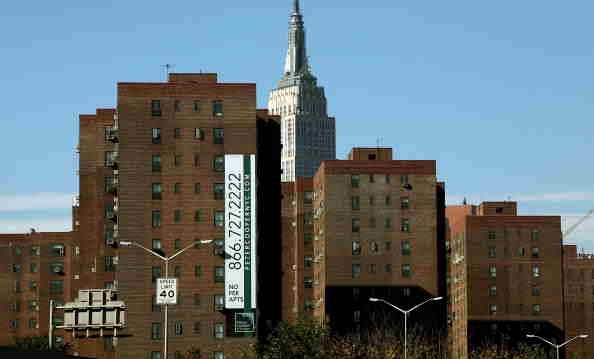 The two companies have agreed to preserve the affordable apartments.

The below-market apartments at Stuyvesant Town and Peter Cooper Village have been in danger of becoming permanently deregulated as soon as the current tenants leave, according to the press release.

A total of 5,000 apartments will remain affordable due to the transaction.

Under the agreement, Blackstone and Ivanhoe ensure that the apartments remain affordable to moderate and middle-income families for the next 20 years.

The two companies are acquiring the complex from CW Capital.

Also under the agreement, rent for tenants of "Roberts," who are living in about 1,400 apartments, will be capped when the J-51 tax abatement expires, according to the press release.

Rent increases for these units will be limited to five percent per year for five years, starting in 2020.

Mr. de Blasio said in the press release that the agreement is an achievement that helps keep the city for everyone.

"For generations, Stuyvesant Town has been a home to working and middle-class families," he said. "That's a legacy and a reality that's been under threat for a decade, as thousands of affordable apartments were lost forever."

He adds in the press release that they promised the community that they would protect the affordability of the apartments.

"We promised this community we would turn the tide and protect its affordability," he said. "And today, we have an agreement that gives certainty to thousands of families who live here now, and for the next generation to come."

The New York Times adds that the agreement is a big win for Mr. de Blasio, who centered the focus of his administration in making housing affordable.

Before the agreement, tenant activists and elected officials feared that 65-year history of Stuyvesant Town, a bastion for the middle-class, is coming to an end.

The New York Times adds that the Stuyvesant Town has been the center of a debate about housing in the city.

Housing prices in New York have risen rapidly that it becomes hard to reach even for middle-income earners.

The Stuyvesant Town and Peter Cooper Village will be held in partnership with Blackstone Property Partners, Blackstone's core real estate fund, and Ivanhoe Cambridge, according to the press release.

The transaction is expected to close on December 2015.