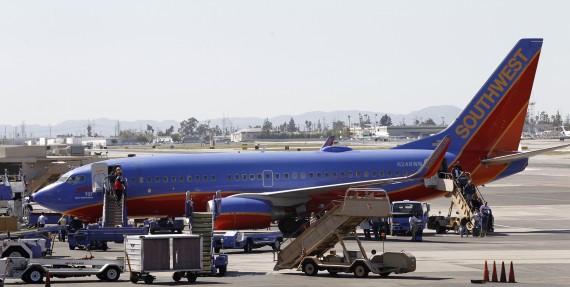 Southwest Airlines passengers at three airports will need to find another airline after Thursday's announcement that three locations were being taken off its route map the company said in a press release on its website.

Branson, and Key West were included in the airline's list of cities when it combined with AirTran. The flights will be available for six more months, with no interruptions, ending June 6.

Thursday's news comes as the airline moves its focus to offer service in locations other than its current 48 states The Wall Street Journal reported.

Southwest, and Airtran finalized the merger May 2011 according to the Hufftington Post.

"Connecting the networks is a priority in 2013 and a major milestone as we work to combine our two companies," Jordan told USA today in February. "With a connected network, we can offer customers more itineraries, more destinations, more low fares, and a taste of what's to come once the integration is complete."

Southwest upped its passenger flow 25 percent, and took ownership of AirTran's quarters in Atlanta which includes a business center for travelers; something Southwest did not have before the deal.

Prices were also expected to remain low, and not rise as a result of the merger.

"As long as you have a strong Southwest and smaller independent airlines like JetBlue and Alaska, I don't see any monopolistic pricing in the domestic market," Ed Perkins, an author of travel books and former travel editor for Consumer Reports told the Post.