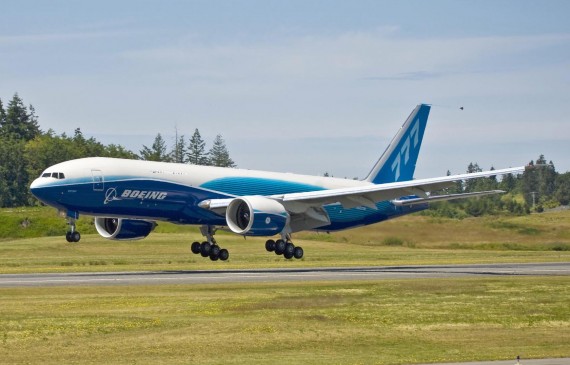 The aircraft is expected to be Boeing's next jet to carry passengers in the next 10 years.

"Cathay's order is a vote of confidence in the model," Patrick Xu, an analyst at Barclays located in Hong Kong told Bloomberg Businessweek.

"The order shows Cathay does not want to fall behind on refleeting the way it did with 747s and A340s. The cost inefficiency of those aircraft has really pinched Cathay," Will Horton, an analyst located in Hong Kong at the CAPA Centre for Aviation told Bloomberg Businessweek.

Boeing and The International Association of Machinists union group is still deciding on a contract, and where to build the aircraft.

The Washington site would win over all of the other 22 states vying to be selected for the company's building of the aircraft.

Those in the running include Charleston, S.C., Huntsville, Ala., Long Beach, Calif., Philadelphia and St. Louis.

The Machinists originally did not agree to the terms of a deal, which would have made their healthcare more expensive, eliminated their pension, and give Boeing a 20 year timeframe to construct the transporter.

The union group then did not agree to a revised because they felt it was the same as the first one except for $5,000 in extra income.

The company is now expected to make the aircraft in other states throughout the United States, along with Japan who has extended an invitation.