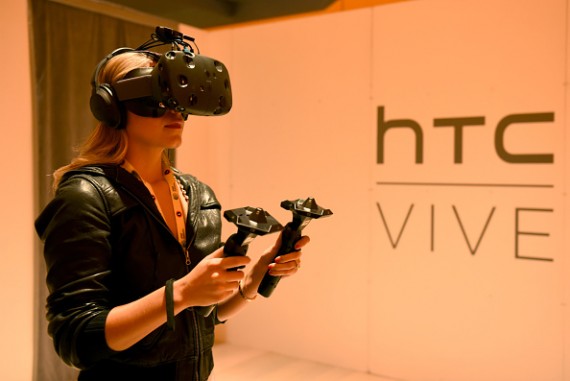 Well that's not good. Instead of the promised consumer HTC Vive release date this year, the SteamVR headset's launch has been delayed to April 2016.

"We will be starting the new year by making an additional 7,000 units available to developers, with pre-orders from the end of February followed by commercial availability in April 2016," HTC said in a post.

With the announcement, the Taiwanese smartphone maker won't be able to keep its promise of launching the Vive VR headset by Q1 2016, according to TechCrunch.

"No other hard details about the launch, including an exact release date, pricing information, or number of units shipping across the world, were included in the announcement," Ars Technica said.

Just last week, Franchise Herald reported an HTC rep said they're "really close" to launching the SteamVR headset but it appears that's not the case anymore. Before that, rumors suggested a Dec. 8 launch for the device.

Per VentureBeat, the delayed release date also means the Vive will have to watch rival Oculus Rift hit the market before it does, should it not experience any delay itself. Sony's PlayStation VR may reportedly launch before April as well.

The website went on to speculate that the delay may have been caused by HTC's job cuts earlier this year.

In the same post, HTC bared its plans for the future. The tech firm will reportedly host a developer conference in Beijing on Dec. 18. The Vive's aforementioned second-gen development kit will debut at CES in Las Vegas next month, followed by VR demos at the Sundance Film Festival, South by Southwest Interactive, the Game Developers Conference and Mobile World Congress.

Powered by Valve's SteamVR platform, the HTC Vive distinguishes itself from other VR headsets with its room-scale position-tracking tech. As it stands though, eager fans will have to wait until its April 2016 release date.