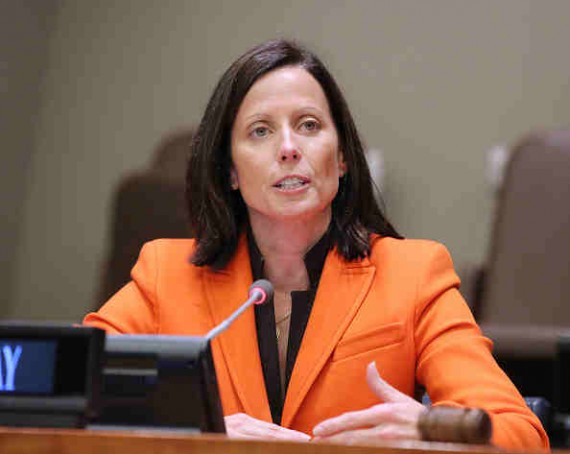 Nasdaq Inc. has announced in a press release that it has appointed Adena Friedman, who currently serves as the president of the company, to be its new Chief Operating Officer (COO), effective immediately.

As Nasdaq's president and COO, Friedman will assume the responsibility for all of the company's global business operations.

Nasdaq said that Friedman will be focusing on identifying new growth opportunities, as well as finding ways to best optimize the global financial technology operator's products and service offering.

She will also be overseeing P&L responsibility, as well as the day-to-day operational business decisions and budget allocation.

Bob Greifeld, the CEO of Nasdaq, said that the appointment is a "natural progression for Adena and Nasdaq."

"As a company that competes on a global playing field every day, this appointment will enable us to achieve greater strategic alignment, collaboration, and operational excellence across our businesses and organization," he said.

The Wall Street Journal said that the appointment of Friedman puts her one step closer to succeeding Greifeld, who has been CEO since 2003 and is expected to retire once his contract expires in 2017.

A person familiar with the succession plan said that Friedman is the front-runner to succeed Greifeld as CEO, making her the first woman to be the head of a U.S. exchange operator.

Friedman joined Nasdaq in 1993 as an intern after finishing her business school.

She stayed at the company for 17 years and served the company in a variety of roles, including the head of strategy and chief financial officer.

Friedman left Nasdaq in 2011 to join Carlyle Group LP as its chief financial officer and helped the company go public in 2012.

Greifeld, though, convinced Freidman to return to Nasdaq in 2014 as a co-president and to be in charge of Nasdaq's non-exchange businesses.

Friedman earned an M.B.A. from Owen Graduate School of Management, Vanderbilt University and holds a B.A. in political science from Williams College in Massachusetts.